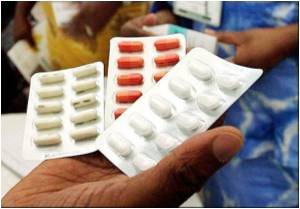 Union Health minister Ghulam Nabi Azad has revealed that his ministry will oppose any move to extend the patent period of a life saving drug beyond the current period of 20 years.

The PMO has contacted various ministries in its bid to garner opinion over the possibility of reviewing the section 3(d) of the Indian Patent Act which prevents drug companies from extending the patent period of a life saving drug beyond 20 years.

The act prevents companies from making small modifications to the drug and claiming them as new discoveries and thereby extending the patent period and having a monopoly over life saving drugs.


The Health Ministry's viewpoint was echoed by the president of Indian Drug Manufacturers Association N R Munjal who said that extending the patent period would not be a good move for the generic drug industry in the country.

Encyclopedia section of medindia gives information about the Impotence
Advertisement
"We are certain there will be no further review of section 3(d) of the Indian Patents Act. If anybody even tries to bring it up, we will fight tooth and nail to oppose it. Changing this section will be tremendously detrimental to the health of India's generic drug industry", Munjal said.

During pregnancy & lactation a nutritious diet, suitable exercise, adequate rest and a tranquil mind help both the mother and fetus and drugs should be avoided.
Advertisement
<< Data Says NHS Helped Over 370,000 People Kick the Butt
Toddler's Sight Fright After Fall in Dog Mess >>

Loram (2 mg) (Lorazepam) Nutam (400mg) (Piracetam) Selfie Addiction Calculator Hearing Loss Calculator Iron Intake Calculator Find a Hospital A-Z Drug Brands in India Blood - Sugar Chart Drug Side Effects Calculator Find a Doctor
This site uses cookies to deliver our services. By using our site, you acknowledge that you have read and understand our Cookie Policy, Privacy Policy, and our Terms of Use