Passion For Collecting Stamps Or Dolls Could Turn Into Psychological Disorder 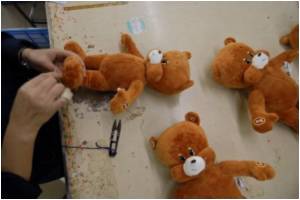 The passion for collecting coins or stamps or dolls could turn into a psychological disorder, an expert has warned.

The massive marketing campaigns launched by publishing houses at the start of the academic year can trigger the obsessive-compulsive disorder in some, says professor Francisca López Torrecillas at the Department of Personality, Psychological Assessment and Treatment of the University of Granada.

Porcelain dolls, precious stones, world thimbles, watches, fans, dinosaurs, language courses, and tanks and ships in parts are some of the articles that are avidly collected.


In principle, and "as long as this hobby is performed under control" collecting items is good from the psychological point of view, as it helps in developing positive skills and attitudes as perseverance, order, patience or memory - among others.
Advertisement
However, professor Francisca López Torrecillas, an expert on addictions, warns that in the recent years, "a very significant increase has been observed of cases where uncontrolled collecting has caused obsessive-compulsive disorder and shopping addiction".

He points out that certain attitudes as the need of control, perfectionism, meticulousness and extreme order "are very frequent traits in people who likes collecting articles. However, they are also closely related to psychological disorders."

López Torrecillas states that collecting can become an obsession, and so, a disorder "in individuals specially vulnerable", i.e. individuals with low self-esteem, poor social skills and difficulty in facing problems". When people have this feeling of personal inefficiency, "compulsive collecting helps them in feeling better."

The University of Granada professor affirms that "the excessive pressure and aggressive marketing that many publishing houses employ in certain months through the media may cause individuals bound to suffer this disorder to develop it."

Nonetheless, López Torrecillas states that, as it occurs with other things in life "controlled collecting has numerous benefits from the psychological point of view", and she warns that "further study is needed in this field of research."