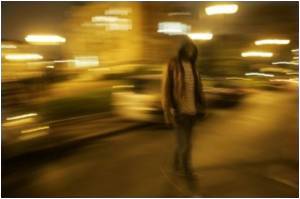 Scientists from Udine, Italy, have found which hemisphere of the brain - left or right - rotates an image mentally.

A multidisciplinary team led by cognitive neuroscientist Tim Shallice and neurosurgeon Miran Skrap conducted the study on 55 patients who had recently had an operation to remove a brain tumour from either the left or right side of the brain.

The patients were shown a series of images of a dot inside an upright or tilted frame and were asked to reproduce its position inside an identical upright frame, a task requiring mental rotation of the image.


Results showed that patients whose tumours had been in the right parietal or in the left prefrontal cortices made a considerably larger number of errors than other patients.

An active brain can certainly help in improving memory by strengthening the connections between neural impulses in brain.
Advertisement
The right parietal patients placed the mark in the right position with respect to a corner. However, they chose the wrong corner much more often that the other patients.

The left prefrontal patients got the corner right but were otherwise highly inaccurate in their responses.

This indicated that patients with tumours of the right parietal cortex who were unable to process the categorical spatial information and perform the mental rotation.

On the other hand, a left prefrontal tumour instead led to difficulties in the setting up of the specific program within the brain, which was necessary to organize the sequence of operations required to carry out the task.

The study appears in the February 2011 issue of Cortex.

Brain tumors are the abnormal growth of brain cells that may be benign or metastatic. Brain tumors account for about 2.4% of all the tumor diagnosesandare most challenging due to their critically delicate location.
Advertisement
Advertisement