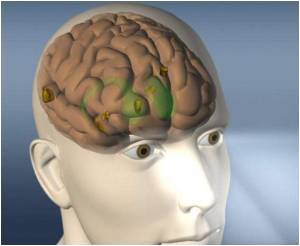 Victims of Parkinson's disease carry an elevated risk of falls with injury since they have trouble walking and talking, a new Florida State University study has revealed.

The study found that older adults with Parkinson's disease altered their gait - stride length, step velocity and the time they spent stabilizing on two feet - when asked to perform increasingly difficult verbal tasks while walking.

But the real surprise was that even older adults without a neurological impairment demonstrated similar difficulties walking and talking.


A disruption in gait could place Parkinson's patients and the elderly at an increased risk of falls, according to the Florida State researchers.

A French Parkinson's sufferer who turned into a gambler and thief, with compulsive homosexual urges thanks to the drugs he took, is all set to receive a huge compensation.
Advertisement
Francis Eppes Professor of Communication Science and Disorders Leonard L. LaPointe and co-authors Julie A.G. Stierwalt, associate professor in the School of Communication Science and Disorders, and Charles G. Maitland, professor of neurology in the College of Medicine, were part of the study.

"These results suggest that it might be prudent for health care professionals and caregivers to alter expectations and monitor cognitive-linguistic demands placed on these individuals while they are walking, particularly during increased risk situations such as descending stairs, in low-light conditions or avoiding obstructions," LaPointe said.

In other words, don't ask an elderly person or someone with Parkinson's to give directions or provide a thoughtful response to a complicated question while walking.

"One of the most common dual tasks performed is talking while walking," the researchers wrote. "In isolation, neither talking nor walking would be considered difficult to perform, yet when coupled, the relative ease of each task may change."

The study will be published in the October issue of the International Journal of Speech-Language Pathology.

A new study from Griffith University suggests that Parkinson's patients' nose may harbour a cure for the disease.
Advertisement
Advertisement

Parkinson's disease is a brain disorder which leads to many other related effects. Nutrition plays an ...

Walking after a meal helps in the faster transit of food from the stomach into the small intestine and ...

Who Else Wants to Know How Walking Helps Heart and Brain?

Walking early morning would improve your health as it helps heart and brain to function properly. Find more ...
This site uses cookies to deliver our services.By using our site, you acknowledge that you have read and understand our Cookie Policy, Privacy Policy, and our Terms of Use  Ok, Got it. Close
×