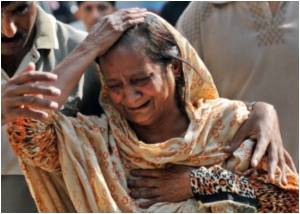 Parkinson's disease has a genetic link that is related to the immune system, and scientists feel that this discovery would help in new drug development.

Johns Hopkins researchers from the Center for Inherited Disease Research confirmed that a gene in the human leukocyte antigen (HLA) region was strongly linked with Parkinson's disease; this region contains a large number of genes related to immune system function.

This genetic finding demonstrates that inflammation isn't simply a result of having the disease, but somehow is involved as a player in its origin, reports Nature.


"This is an exciting finding from a genome-wide association study (GWAS) which is completely hypothesis-independent and bias-free, based solely on looking at the whole genome and finding out what genes might be related to Parkinson's," said Kimberly Doheny.
Advertisement
"This finding anchors the idea of immune system involvement in genetics and brings it out to the forefront in terms of where research should be directed," said Haydeh Payami.

Non-steroidal anti-inflammatory drugs (NSAIDs) such as ibuprofen are protective against Parkinson's disease, according to the study. However, not everyone benefits from them to the same degree.

The amount of risk reduction conferred by NSAIDs may vary widely depending on genetic differences, say the researchers. Investigating the connection between Parkinson's disease and inflammation, especially in the context of the variable genetic make-ups of individuals, likely would lead to better, more selective medicines for treatment.

The new data is published in Nature Genetics.

Parkinson Disease at a Younger Age Attributed to Gene Abnormality
According to a study published in the September 18, 2007, issue of Neurology, the medical journal .....