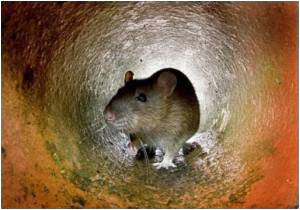 In a rat model, stabilizing the cell's power-generating center protects against Parkinson's disease, reveals report published online this week in the Journal of Experimental Medicine .

Mitochondriathe energy production center of cellsare damaged in PD, leading to loss of dopaminergic neurons and degeneration of brain function. Taking advantage of the fact that viruses often stabilize mitochondria in order to ensure survival of the cells they infect, a team led by John Sinclair and Roger Barker at the University of Cambridge injected a viral protein called beta2.7, known to protect mitochondria, into rats with a PD-like disease.

Rats injected with this beta2.7 before or after the formation of PD-like brain lesions performed better on tests of behavior and motor function. Their brains also contained more dopaminergic neurons. Further work is needed to determine if the same approach will also benefit human PD patients.

A French Parkinson's sufferer who turned into a gambler and thief, with compulsive homosexual urges thanks to the drugs he took, is all set to receive a huge compensation.
Advertisement
<< BP Drug Limits Lung Disease
New DNA Detection Technique Demonstrated >>

A new study from Griffith University suggests that Parkinson's patients' nose may harbour a cure for the disease.