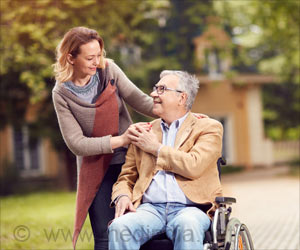 Parkinson's is a progressive disorder which strikes through the central nervous system and affects the body movement.

"Parkinson's disease is no more an incurable and debilitating disease. Modern medicines and Deep Brain Stimulation have revolutionised the management of Parkinson's disease and many other disorders like tremors, epilepsy and OCD (obsessive compulsive disorder)," said Shamsher Dwivedee, Chairman, PSRI Hospital, in New Delhi.


Researchers say that Parkinson disease is considered one of the most common human adult-onset neurodegenerative diseases and is the second most common disorder after Alzheimer disease.
Advertisement
It commonly occurs between the ages of 50 and 80 and also affects children and adolescents at the same time.

World Parkinson's Day is celebrated to create awareness about the disease.

It also marks the birthday of James Parkinson, a London physician who first described the disease.

New Insights into Parkinsons Treatment
One of the factors behind nerve cell death in Parkinson's disease identified, unlocking the ......