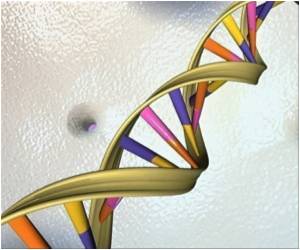 Researchers said Wednesday a Canadian-led study has discovered that a gene mutation in Parkinson's patients prevents brain cells from purging a key protein linked to the degenerative disease.

It was known that 10-12 percent of people with Parkinson's have a mutation in one copy of a gene called glucocerebrosidase, or GBA.


But how these mutations contributed to the disease or how they fit with other pieces of the puzzle, such as the gradual accumulation of the protein alpha-synuclein in the brain as Parkinson's progresses, was not previously understood.

Ageing is referred to the accumulation of changes that brings a person closer to death.
Advertisement
Affected brain cells show signs of injury, and when they die, this leads to the tremors, stiffness and slowness that are typically associated with Parkinson's disease.

Schlossmacher and his colleagues showed in a series of experimental laboratory models that the mutations prevent brain cells from efficiently breaking down and removing alpha-synuclein.

"While the GBA mutations don't cause Parkinson's disease on their own, they do significantly increase the risk of developing the disease, probably by making people susceptible to the accumulation of alpha-synuclein," he said.

"This could explain why people with GBA mutations frequently develop Parkinson's symptoms four to five years earlier than those without them."

The study provides the first link between the most common genetic risk factor for Parkinson's and the hallmark accumulation of the protein alpha-synuclein within the brains of people with Parkinson's.

Schlossmacher said the discovery, chronicled in the latest issue of the journal Annals of Neurology, could lead to new treatments.

Parkinson's Progression Markers Initiative (PPMI), is a research program that promises to be a boon to those who are at risk of developing Parkinson's and also to those who are afflicted with it.
Advertisement
<< Polymers Destroy Antibiotic-resistant Bacteria
Skin Cancer Soars Among Young Brits >>