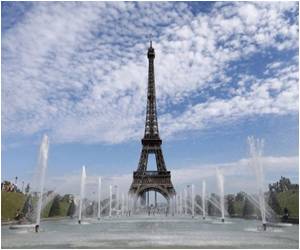 Paris has been named the best city for students in the world, reveal global rankings by QS Best Student Cities.

Paris has retained its top spot for the second year in row, for having no less than 17 universities, and despite being an expensive place to live; it has relatively low tuition fees for students.

According to the Independent, London has been named the second best city for students, home to 22 universities and dozens more student institutions.

The top cities in the world considered best for the students include:

Paris Voted 'World's Best City to Visit' in 2014
Lonely Planet's latest list has revealed that Paris has been reportedly voted as the `world's best ....

Unique 'Die-in' Protest Against Asbestos in Paris
To protest against the authorities failure to clear workplaces of asbestos which may lead to fatal ....