Parents Warned Against Use of Infant Sleep Positioners 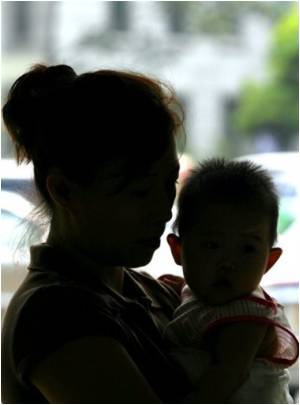 US safety officials have advised parents to stop using infant sleep positioners, as they can be dangerous for babies.

The Consumer Product Safety Commission (CPSC) and Food and Drug Administration warned parents and child care providers to stop using the bolster pillows, saying they have received a dozen reports of infants between the ages of one and four months who died using the devices.

More than half of sudden infant deaths reviewed in a study released Wednesday occurred while the babies shared a bed or sofa with a parent.
Advertisement

Most of the infants suffocated and died after rolling from a side-sleeping position onto their stomachs, but others suffocated after becoming trapped between the sleep positioner and the side of their bed.


In addition to the deaths, the CPSC has received dozens of reports of infants who were placed on their backs or sides in sleep positioners, only to be found later in potentially hazardous positions in or next to them.

Researchers say babies born to mothers who smoke are more likely to be slower to wake or respond to stimulation, and this might explain their raised risk of Sudden Infant Death Syndrome (SIDS).
Advertisement
The deaths and incidents involving sleep positioners happened over a period of 13 years, the two agencies said.

"We urge parents and caregivers to take our warning seriously and stop using these sleep positioners, so that children can have a safer sleep," CPSC chairwoman Inez Tenenbaum said.

The FDA said Wednesday that there is no evidence that the devices prevent SIDS and urged parents, health care professionals, and childcare providers to stop using them.

Obstructive sleep apnea should be suspected in overweight middle aged adults who snore loudly and which can ...