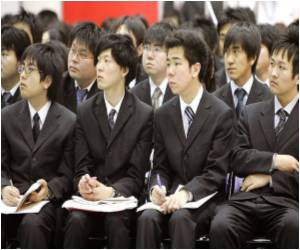 More than two-thirds of Hong Kong parents value academic results over their child's health, a poll has found.

Dyslexia is a reading disability that occurs when the brain does not properly recognize and process certain symbols.
Advertisement


In her book, Chua recounts an ultra-strict regime of piano lessons and homework for her daughters, arguing that for Asian immigrant families in the United States, pushing children hard is the key to getting ahead.

Dyscalculia is a learning disability involving mathematics. Recognized by The WHO, it affects nearly 4 - 7% of the world population. If you have dyscalculia it tends to affect every aspect of your life.
Advertisement
Hong Kong is known for its pressure-cooker style examination system, with parents placing high emphasis on academic achievements.

Local ten-year-old twins have sailed through British high school exams. Estephe and his sister Perrine Corlin scored straight "As" in maths papers that are normally taken by 16-year-olds, with their mother attributing their success to a gruelling schedule.

Sunday's survey also found that Hong Kong parents are prone to pampering their children and catering to their every whim.

Eighty-seven percent of parents said they had hired domestic helpers to take care of their children at home.

About half of the respondents said they would take leave from work immediately if their children forgot to take homework or lunchboxes to school.

Stuttering, stammering or disfluency is a speech disorder that can hamper communication and affect a person's quality of life. Its impact can be treated effectively by stuttering therapy.
Advertisement
Advertisement
This site uses cookies to deliver our services.By using our site, you acknowledge that you have read and understand our Cookie Policy, Privacy Policy, and our Terms of Use  Ok, Got it. Close
×