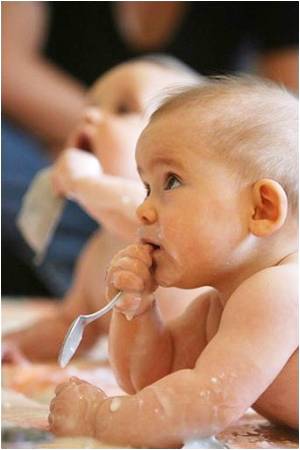 With new parenting styles setting in, heated public arguments between parents and children in public are on the decline. Mothers are now willing to negotiate and debate with their kids instead of just saying a plain 'no' for all their demands.

Pester power, the art of nagging parents until they surrender to demands, has evolved from a confrontational process to a consultative one, suggests a new study commissioned by social commentator Neer Korn.


The study conducted on 70 mothers and their children by a market research company shows that modern parents are much more open to listening to their children.


"Pester power is far more sophisticated these days and kids know when to ask for what and parents encourage the discussion as opposed to 30 years ago," the Daily Telegraph quoted Korn as saying.

"Mums don't say 'no' anymore like the old days. Rather, they negotiate, they debate, they encourage their kids to voice an opinion," he added.

He also said that children were more shrews in pestering, calculating their parents' moods before asking for anything.

He said that the increased awareness about nutrition meant that children did not ask for junk food during the week and had even developed their own set of 'rules'.

Children told researchers that they increased their pestering when their mother was exhausted, in a good mood, when they did well at school or were being kind to their siblings as it maximised their chances.

They also knew to stay away when their mother was in a bad mood.

"Kids know how to sneak, how to take food they like and then rearrange the jar to make it look like nothing has been taken," said Korn.

"I had an occasion when my son has gone, 'Can I have this?' and I say 'No, no, no' and then my daughter has gone 'Come on Mum. Look at his face,'" said Sydney mother Linda Brown.

"They can gang up on you and make you feel guilty," she added.

Parenting Magazine in the Eye of a Storm After Calling Breastfeeding 'creepy'
An article written by the deputy editor of a leading parenting magazine has called breastfeeding as "creepy", which has invited trouble and criticism on the Internet.
READ MORE