Parenting-based Therapies are Best for Kids With Disruptive Behaviors 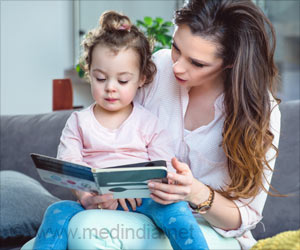 Therapy that involves the parents in the treatment of kids with disruptive behavior disorders shows the best results compared to more than 20 other therapeutic approaches.

World Asthma Day - Honoring Children Who Live With the Disease

Key research findings on asthma especially in children demonstrates the importance of healthy school environments that reduces asthma symptoms.
Advertisement
‘Disruptive behavior disorders (DBDs) are characterized by a range of challenging symptoms that put a child frequently at odds with peers, family members, and authority figures.’

Disruptive behavior disorders (DBDs) are characterized by a range of challenging symptoms that put a child frequently at odds with peers, family members, and authority figures.


In a comprehensive review of 64 studies that analyzed 26 forms of treatment over nearly 20 years, the researchers found only two methods that they categorized as "well-established" for evidence-based success: group therapy focused on parent behavior, and individual parent behavior therapy, with child participation. The researchers classified 13 other treatments as "probably efficacious."

Children born to very young and older fathers - below 25 and over 51 years of age, lagged in early development compared to middle-aged fathers.
Advertisement
"Parents seeking help for their children with disruptive behavior problems can play an active role in their children's treatment," said lead author, Jennifer Kaminski, PhD, Centers for Disease Control and Prevention. "These therapies can provide parents the tools to serve as their child's best advocate and guide their child's behavior during their everyday interactions. Given the range of therapies in practice, this update provides information about the most effective approaches to ensure families are receiving evidence-based care."

Symptoms of DBDs can include aggression, acting out, defiance, and rule-breaking behaviors. DBDs can lead to serious negative outcomes later in life, such as co-morbid mental disorders, incarceration, or even premature death. For instance, among those diagnosed with conduct disorder, a disruptive behavior disorder, 40 percent grow up to have antisocial personality or other personality disorders. Researchers note that children do best with early intervention, but stressed that the choice of an evidence-based form of treatment creates the best chance for success.

This study updated two previous reviews, in 1998 and 2008, of evidence-based psychosocial treatments for children with DBDs up to age 12. Researchers also conducted a literature search of peer-reviewed journals from 2007-2016 to include all relevant studies on treatments for DBDs, along with the studies in the previous two reviews.

Researchers said the two parent-involved therapies were the only ones they reviewed that demonstrated scientifically supported evidence of effectiveness based on multiple published randomized trials by independent research teams. The 13 treatment families classified as probably efficacious, included family problem-solving training and individual parent behavior therapy. Seven treatments were classified as possibly efficacious, including individual child behavior therapy - alone and with parents; and three did not meet criteria for any of the levels of evidence, including self-directed parent behavior therapy, and group child behavior therapy.

"The results of this review add even more support behind the notion that parental involvement in treating disruptive behavioral issues in children is very important," said Kaminski. "Parents should consider these two therapies when looking for the right treatment for their child. With the help of trained professionals, they can be an active participant in their child's treatment."

Researchers used Journal of Clinical Child and Adolescent Psychology criteria to grade the level of evidence to support each treatment, using a four-level scale. Well-established treatments were demonstrated to be superior to placebo or other treatments, or were found to be equivalent to an already well-established treatment in at least two independent settings by two independent teams. Treatments were rated "probably efficacious" when shown to be more effective than no treatment in at least two studies, or when shown to be better than another treatment, or equivalent to a well-established treatment in one study or in multiple studies by non-independent teams of researchers. The other levels, including possibly efficacious, experimental, or unclassifiable treatments, had mixed or varying degrees of scientific support.

Daily platelet counts in children in the early stages of dengue can predict those most at risk for dengue shock syndrome.
Advertisement
<< In 41 Years, as Economy Grew, Infant Mortality Dropped
Language Shapes How Ourt Brain Perceives Time >>

Artificial pancreas, which delivers insulin in an automated way to individuals with Type 1 diabetes, appears to be safe and effective for use in young children.