Parental Alcoholism Carries Risk For Offspring To Develop The Same 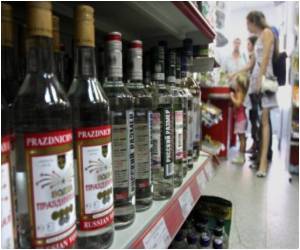 Researchers have found a strong link between parental alcohol use disorders (AUDs) and the risk for developing an AUD among their offspring. This study looked at the risk of AUDs in the offspring of a large population-based sample of Danish parents. Findings confirmed that parental AUDs were associated with an increased risk of AUDs among the offspring.

"Few studies have used a broad population-based approach to examine associations between a parental history of AUD and risk of an AUD in offspring," said Erik Lykke Mortensen, associate professor in medical psychology at the University of Copenhagen and corresponding author for the study. "Longitudinal population studies are both expensive and take a long time to complete. In some countries it may also be a problem to follow several generations through decades. But in Denmark we have personal identification numbers and national health registries."

Mortensen and his colleagues gathered data on 7,177 individuals (3,627 men, 3,550 women) born in Copenhagen between October 1959 and December 1961: information on AUDs was gathered from three Danish health registers, and information on other psychiatric disorders (OPDs) was gathered from the Danish Psychiatric Central Register. Offspring registration with an AUD was analyzed in relation to parental registration with an AUD and/or OPD. The gender of the offspring and parental social status were also noted.


Results showed that parental AUDs were associated with an increased risk of AUDs among the offspring, independent of other significant predictors such as gender, parental social status, and parental psychiatric hospitalization with other diagnoses.

Take this anonymous self-test to evaluate your alcohol consumption and determine if your drinking pattern poses a risk for hazardous health conditions.
Advertisement
"Furthermore, this association appeared to be stronger among female than male offspring, which suggests that inherited factors related to AUDs are at least as important among daughters as among sons," said Mortensen. "This finding is important because some early studies suggested that a genetic load played a stronger role in males than in females."

One of the important aspects of this study, added Mortensen, is that contrary to a number of previous adoption and twin studies - often based on relatively small and selected samples - these findings represent risk estimates from a population-based study.

"The key message for the general public is that there is an increased risk associated with parental alcoholism," said Mortensen, "but obviously many other factors determine whether an individual develops an AUD."

Social drinking amongst women has become a fad. Stop it before it finishes you.
Advertisement
<< Study Says Obese People can Suffer from Social Anxiety Diso...
Genes That Slow Down Ageing Process Identified >>

Pregnancy Confirmation Calculator Accident and Trauma Care Find a Doctor Diaphragmatic Hernia Sinopril (2mg) (Lacidipine) Hearing Loss Calculator Color Blindness Calculator Sanatogen Nutam (400mg) (Piracetam) How to Reduce School Bag Weight - Simple Tips
This site uses cookies to deliver our services.By using our site, you acknowledge that you have read and understand our Cookie Policy, Privacy Policy, and our Terms of Use  Ok, Got it. Close
×