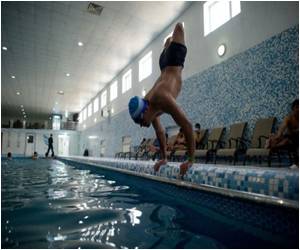 The Paralympics GB chef de mission, Craig Hunter, has warned the athletes against indulging in self harming practices to boost their performances. Paralympic athletes routinely use self-harming acts like strangling one's own testicles, breaking bones and stimulating muscles with electric shocks, used to create an adrenalin rush to enhance performance at the Paralympic Games.

Boosting is an illegal practice and is often compared with doping in physically able athletes.

Bullied Early Adolescents are Prone to Self Harm: BMJ Study

Frequent victimization by peers aggravates the chances of inflicting self harm in children.The school and healthcare professionals should devise programs to help children combat self harm tendencies.
Advertisement

"It is like doping and some people are prepared to (do it to) cheat. "We run an education program for athletes and our athletes are fully aware we do not encourage boosting in any way shape or form," The Telegraph quoted Hunter, as saying.

It's Back to Military Roots for Paralympics

The future of the Paralympics represents a return to the games' past for some soldiers.
Advertisement
The International Paralympic Committee has been aware of the practice, which is technically called induced autonomic dysreflexia for nearly 20 years, and has introduced blood pressure tests in the warm up areas before competition to try and stamp out the practice.

Officials at the Paralympic Games have said they will withdraw anyone right up to the moment of competition at the London Paralympics if they believe their blood pressure is at dangerous levels.

An anonymous survey at the Beijing Paralympics four years ago found that one in six athletes admitted to the practice mainly from wheelchair rugby, the marathon and long distance racing.

This is due to the fact the heart rate and blood pressure in spinal victims doesn't increase in the same way as other athletes.

"There have been times where I would specifically give my leg or my toe a couple of really good electric shocks" Brad Zdanivsky, a Canadian quadriplegic climber said.

High School Internet Addicts Have a Doubled Risk of Self Harm

High school students who are hooked on to the net are likely to self-harm themselves, according to a new study.
Advertisement
<< Super-fertility May Hold Clues to Recurrent Miscarriages
Smart Catheters That Can Stop Infections Being Developed >>

Dramatic Increase of Self Harm Cases in Britain

There has been a dramatic increase in the number of people harming themselves deliberately in the past five years in Britain, according to a new survey.
Advertisement
News A-Z
A B C D E F G H I J K L M N O P Q R S T U V W X Y Z
What's New on Medindia