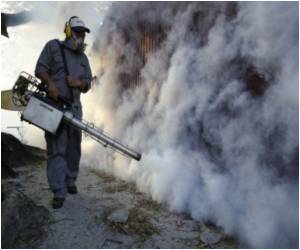 "We can't leave people to die on the street. We have to respect human rights. We could be accused of failing to comply with international engagements," said Tadeo Zarratea, after ruling that private hospitals had to treat the sick.

Those who do not comply will be sanctioned and could be charged for failing to help, Zarratea said.


The health ministry would later pay for the services as it does in the public system, which has had to cancel operations in response to rising dengue cases.

"We're not hiding nor will we hide figures," said Health Minister Esperanza Martinez Thursday, in response to accusations that the toll was higher.

Dengue has killed more than 95 people in Latin America since the start of the year, including 15 in Brazil's Rio de Janeiro state.

There is no vaccine for the mosquito-borne viral disease endemic to tropical regions across the world, including Asia and Africa.

The first dengue case has been reported from the All India Institute of Medical Sciences (AIIMS). First-year post-graduate student of AIIMS has tested positive for dengue.
Advertisement