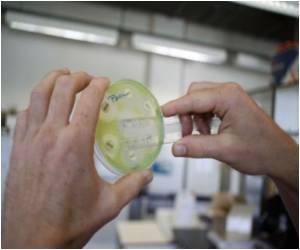 Shahriar Mobashery, a University of Notre Dame researcher, is one of the coauthors of a new paper by a group of scientists in academia and industry that calls for strong steps to be taken to control the global crisis of antibiotic resistance in bacteria. The group issued a priority list of steps that need to be taken on a global scale to resolve the crisis.

The paper is an outgrowth of a meeting the group held at the Banbury Conference Centre in Cold Spring Harbor, N.Y., to discuss the crisis and it appears in the journal Nature Reviews Microbiology.


The group notes that in Europe in 2007, the number of infections by multidrug-resistant bacteria was 400,000 and there were 25,000 attributable deaths.

The problem of resistance is compounded by the fact that we live in a global economy, resulting in a worldwide spread of antibiotic-resistant genes.

The Banbury group recommends that research priorities be established to control resistance.

They point out that additional basic information about resistance is required to address the crisis.

"Increasing lines of evidence identify the principal reservoirs of resistance genes to be bacteria that live in and on humans and animals, as well as those found in the environment (in soil, water and so on)," the paper notes. "However, there is insufficient information about the conditions and factors that lead to the mobilization, selection and movement of these bacteria into and between animal and human populations."

The report also calls for increased international funding to enable scientists to track new antibiotic-resistance threats worldwide, in a manner similar to how the World Health Organization and other agencies track influenza out breaks.

The paper points out that antibiotic resistance is life-threatening in the same sense as cancer, both in the number of cases and the likely outcome. It therefore calls for a public education campaign about bacteria and antibiotic resistance similar to those that have been mounted for cancer awareness.

The study also notes that in some parts of the world, population density, the uncontrolled use of antibiotics, a lack of both a clean water supply and proper treatment for sewage and industrial effluent create the conditions that disseminate and select resistant bacteria.

"Local governments must be encouraged and supported to invest in better sanitation infrastructure and tighter prescription regulations to control the rapid evolution of resistance," the scientists said. "This is a worldwide, multinational problem and must be treated as such."

The group also notes that it is essential to develop a continuous supply of new antibiotics that are not affected by known or existing mechanisms of resistance. The economics of pharmaceutical drug development offer little incentive for companies to develop new antibiotics, since the drugs are used on an episodic, rather than continual, basis. New public-private partnerships must develop to overcome the economics barriers facing the development o new antibiotics.

The Banbury participants also call for better control of antibiotic use, repurposing of old antibiotics to battle resistance and new alternatives to antibiotics.

The group's paper concludes, "The cost of the undertaking that we propose will be infinitesimally small in comparison to the economic and human cost of doing nothing."

Antibiotics Over Prescribed in Asthmatic Children
Antibiotics are often prescribed with antiasthma drugs when they may not be required.
READ MORE