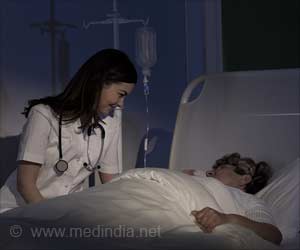 Site of care was found to be the key contributing factor to the difference among patients with advanced, metastatic cancer. The results are published in JAMA Network Open.

For patients at the end of life, palliative care can prolong survival and improve the quality of life for patients with a life-threatening illness and for their families. But studies have found that racial and ethnic minorities are less likely to receive end-of-life palliative care than their counterparts.
Advertisement
‘There is a growing role for palliative care, and most physicians accept that many patients in the late stages of cancer should be referred to palliative care. ’

"We knew that black and Hispanic cancer patients receive palliative care at lower rates than white patients, but until now, we didn't know why. Was it just that doctors were not offering these services to their black and Hispanic patients? Or is there some other factor at play?" said first author Alexander P Cole, MD, also of the Division of Urological Surgery and CSPH.


In their study, Trinh, Cole and colleagues found that patients treated at some hospitals have only about two-thirds the odds of receiving palliative care compared to those receiving care at typical hospitals. These tend to be hospitals that disproportionately treat minority patients. "We find that the site of care seems to be a key determinant of whether or not someone receives palliative care," said Trinh.
Advertisement
The team conducted a retrospective, registry-based analysis of adults diagnosed with four types of metastatic cancer using data from the Participant Use Files of the National Cancer Database (NCDB). The team focused on men and women 40 years and older with metastatic prostate, non-small cell lung, colon and breast cancer--four common and lethal cancers. The main outcome measured was receipt of palliative care, such as pain control, surgical treatment, radiation therapy and systemic chemotherapy administered to alleviate symptoms but not to cure disease.

Investigators looked at the hospitals at which patients received care, calculating the proportion of minority patients (black or Hispanic) treated at each. Hospitals with the greatest proportion of minorities were considered "minority serving hospitals" (MSH). Hospitals that were not in the top 10 percent were considered "non-minority serving hospitals" (non-MSH).

Bone Metastases / Osseous Metastatic Disease
Metastatic or secondary cancer or bone mets is a cancer that has spread from a different part of ......

Test Your Knowledge on Palliative Care
Palliative care includes holistic care and all round support for terminal and chronically ill ......