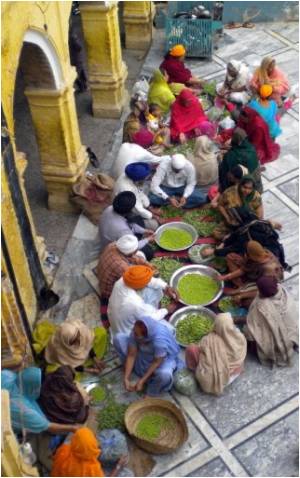 Consuming foods that have been contaminated with pathogens such as E.coli, Salmonella or Campylobacter, can cause food poisoning.
Advertisement

Simi Jamal, an official, said over 100 trainee police personnel have been discharged after an improvement in their condition.


The mass food-poisoning took place at Razzakabad Police Training Centre. Hundreds of trainees, who had eaten the food provided by their mess, fell ill. Most of the recruits started throwing up, causing severe dehydration.

Police academy sources said the last meal served at the mess was a dish of chickpeas and boiled eggs.

Difficulty Of Tracing The Origin Of Food Poisoning Outbreaks

Any delay in identifying the source of food poisoning outbreaks can cost lives and cause considerable political and economical damage.

Child Dies Due to Food Poisoning in Rajasthan