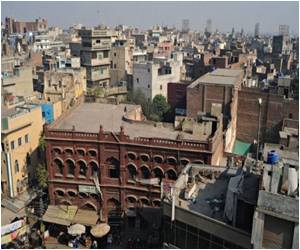 Superstitions regarding the number '13' is prevalent across the world, and the fear of the dreaded number has not spared Pakistanis either.

Aircrafts of the Pakistan International Airlines (PIA) do not have the thirteenth row in their seat configuration. The state-run airline, which operates a mix of 40 Boeing, Airbus and ATR aircraft, removed successive rows numbered 7 to 20 from the seat plan of all their aircraft some eight years back - apparently to bring them in uniformity with other international counterparts, reports The Express Tribune.

A new study has found that people begin to rely and accept superstition regarding death and illness as they start to age.
Advertisement

"I don't recall any discussion ever taking place specifically on the subject of row 13. We only did it to help the cabin crew who work on different types of aircraft (so that they can be) well versed with the seating layout," said PIA's Director Corporate Planning Shahnawaz Rehman.


The fear of the number 13 is so pervasive globally that it has been given its very own term, almost like a condition that one could suffer from - 'triskaidekaphobia'.

Even if she is the only occupant, Christina Tang always knocks on the door before entering when she is overseas and returns to her hotel room.
Advertisement
Dubai-based Emirates and German flag carrier Lufthansa are among the airlines that avoid the number on some of their aircraft, which are destined on routes mostly used by "superstitious travellers".

But it is hard to ascertain exactly how many airlines skip the row.

Pakistani private airline Airblue's sponsor Shahid Khaqan Abbasi said that at least 20 percent airlines around the world do not have row 13.

It is not just the airlines that tend to hide behind the cloak of irrational behaviour.

At least one prominent building in Karachi - the Avari Towers - had no floor number 13 till two years back.

"We had a lot of foreigners staying there and so we decided against having it," says Byram Avari, chairman of Avari Group of Companies.

Some two years back the hotel underwent renovation and the "unlucky number" was added to the floor plan. But it can't be established if this was done because of a plunge in the number of foreigners coming to the country.

Indian cricket players do take advice from numerologists and astrologists in the hope of success, from Sehwag to Krish Srikkanth.
Advertisement
<< 13 Blood Proteins Could be Effective Biomarkers to Detect M...
Preferences Sway Our Choices >>

From the compatibility of her groom, to the timing of her wedding and the naming of her child, Shen Yi-ching has always turned to fortune tellers for guidance on life's big decisions.
Advertisement
News A-Z
A B C D E F G H I J K L M N O P Q R S T U V W X Y Z
What's New on Medindia

Iron Intake Calculator Selfie Addiction Calculator Nutam (400mg) (Piracetam) Noscaphene (Noscapine) Blood Pressure Calculator Sanatogen Accident and Trauma Care Hearing Loss Calculator Drug Side Effects Calculator Find a Doctor
This site uses cookies to deliver our services. By using our site, you acknowledge that you have read and understand our Cookie Policy, Privacy Policy, and our Terms of Use