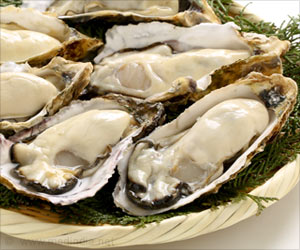 The oyster scare comes even as Goa is battling a fish famine, largely caused by over-fishing to meet the increasing demand for seafood propelled by the tourism industry. Cadmium is toxic, carcinogenic and teratogenic (ability to impede development of an embryo or fetus) and has a tendency to accumulate in one's lungs and kidneys over time. Therefore, its presence in the popularly consumed shellfish could have ominous repercussions for oyster lovers, both locals as well as tourists who like biting into the fleshy shellfish.

Diabetes is just exploding and is a major public health problem. Scientists say that environmental factors and heavy metals such as cadmium could possibly increase the incidence of diabetes.
Advertisement
‘Traces of cadmium are showing up in edible salt-water oysters in Goa. In some instances cadmium was up to five times the permissible level.’

Research conducted by the Goa-based National Institute of Oceanography (NIO) has found an alarmingly high level of cadmium, in some instances up to five times the permissible level, in oysters harvested at the Zuari river mouth, one of the most popular sources of salt-water oysters, which are regarded as a local delicacy.

A team of German researchers has come up with different ways through which the amount of heavy metal cadmium (Cd) present in the food can be reduced
Advertisement
"Our study shows that cadmium levels in oysters samples sourced from the Zuari bay are between 3.2 mg per kg to 11.8 mg per kg," said Parthasarthi Chakraborty, a lead researcher at NIO.

In summer, when oysters are harvested the most from their brackish habitats, the fleshy sea food is a sought after delicacy. While smaller oysters are curried along with spices, coconut and onion, the rarer large oysters are mostly served fried and fetch a premium price.

But given the level of cadmium found in the shellfish sourced from Chicalim village near the Zuari river mouth, located 25 km from Panaji, and other riverine villages in the vicinity, the oyster's status as an item of culinary fetish is clearly in peril.

Chakraborty said, "The accumulation of cadmium in oyster flesh is directly linked to bio-availability. Oysters like other shellfish have unique filter-feeding ability, in the sense it takes in water through its gills, which then filters it for nutrients like suspended fragments of plankton, while automatically draining out the rest of the water. Such unstable Cadmium complexes have higher bio-availability, which in turn makes it more possible to accumulate in the flesh of the oysters. The NIO research team was yet to establish the exact source of cadmium found in the oyster samples."

But the next bit of research being carried out by Chakraborty's team on the same subject could hold some hope.

Chakraborty further added, "My research team is in the process of establishing whether there is a particular time of year when oysters sourced from the Zuari bay could be safe to eat and whether the cadmium content in oysters varies with seasonal changes. We are awaiting the results of the study."

A recent study states that higher blood levels of cadmium in females and lead in males, delayed pregnancy in couples.
Advertisement
<< Diabetes During Pregnancy May Hinder Lactation
The Benefit or Harm of Antibody-Coated Drug-Eluting Stents ... >>

Cadmium and Lead Found in Chocolates

Researchers report that some chocolate can contain high levels of lead and cadmium, two naturally occurring metals that can cause health issues.