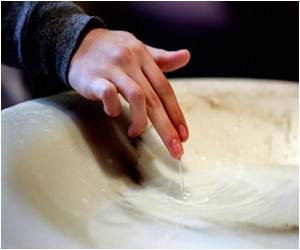 A Danish/Swedish/French research team has shown that 2.1 billion years ago, the oxygen content on Earth was probably same as it was during he so-called Cambrian explosion, 500 million years ago.

Oxygen and advanced life are inextricably linked. Some simple organisms like bacteria can survive without oxygen, but all higher organisms need oxygen and the Earth's biology would probably be a poor sight, if the atmosphere did not contain the 21 percent oxygen, which is essential for the human brain to function.

The team showed that there was actually plenty of oxygen long before the Cambrian explosion.


The team consists of professor Donald Canfield and postdoc Emma Hammarlund from the Nordic Center for Earth Evolution (NordCEE) at University of Southern Denmark, colleagues from the National Museum in Sweden and colleagues from the following French institutions: Universite de Poitiers, the Centre National de la Recherche Scientifique, Institut Francais de la Recherche pour l' Exploitation de la Mer, Centre de Brest and the Universite de Rennes in France.
Advertisement
Hammarlund said that they examined rocks that are 2.15 billion - 2.08 billion years old that showed them that there was oxygen in deep water and thus also in the atmosphere at that time.

The new discovery that there was plenty of oxygen in the atmosphere 2 billion years ago also contributes to a new understanding of the Earth's development.

It shows that the content of atmospheric oxygen has taken several ups and downs. 250 - 300 million years ago oxygen content rose to up to 25 percent, and this led to the development of some enormous insects. But everything was not all good: The high oxygen content simply increased the chance for trees to ignite, so it was also a period of many wildfires. This has been revealed by layers of ash from that time.

New Light on Human Evolution Shed By Unique Skull
Nearly half a dozen species of our early human ancestor may have been all Homo erectus, suggests a ....