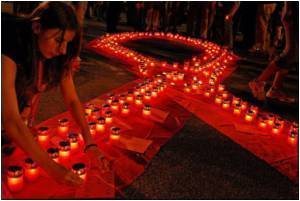 There were no significant gender-based differences in response to the anti-HIV drugs darunavir and ritonavir  at least among those who remained in the trial to the end, a landmark study has found.

However, women dropped out of the GRACE (Gender, Race and Clinical Experience) study at higher rates than men for reasons other than drug failure, indicating that more must be done to retain women in clinical trials that shed important light on the effectiveness of drugs in development or those on the market.

The study, published in the Sept. 21 issue of Annals of Internal Medicine, showed that nearly one-third of women dropped out, compared with less than one-fourth of the men enrolled.


"It is critical that women are involved in clinical trials to evaluate the efficacy and toxicity of new treatment  not just for HIV but for all diseases," said the study's lead author, Dr. Judith Currier, a professor of medicine and chief of the division of infectious diseases at the David Geffen School of Medicine at UCLA.

Encyclopedia section of medindia gives general info about HIV Clinical Features
Advertisement
Currier is also co-director of the UCLA Center for Clinical AIDS Research and Education (CARE) and a member of the UCLA AIDS Institute.

Conducted between Oct. 6, 2006, and Dec. 19, 2008, at 65 sites in the United States, Puerto Rico and Canada, the study examined the drugs' effectiveness, their adverse effects and tolerability in both men and women.

The researchers recruited 429 HIV-positive subjects who had previously taken HIV therapy. Of the subjects, 287 (66.9 percent) were women and 142 (33.1 percent) were men. Overall, 84 percent were black or Hispanic. In most treatment studies of HIV medications, women account for less than 25 percent of participants.

The percentages of women and men who were able to suppress the HIV virus during the study were generally similar. However, a significantly higher proportion of women than men discontinued the study (32.8 percent vs. 23.2 percent).

When the researchers examined the treatment response of all the participants who entered the trial  including those who eventually dropped out  they found that response rates in women appeared lower than response rates in men (50.9 percent vs. 58.5 percent). But this difference appeared to be due to the higher drop-out rate among women. When they excluded participants who discontinued the study for reasons other than virologic failure, the response rates were similar in women and men (73.0 percent vs. 73.5 percent).

Adverse side effects were also comparable between the sexes. For both women and men, the most common side effects  which were considered to be at least possibly related to the treatment  included nausea (5.2 percent of women, 2.8 percent of men), diarrhea (4.5 percent vs. 4.9 percent) and rash (2.1 percent vs. 2.8 percent).

"The GRACE study shows that it is possible to enroll large numbers of women into HIV treatment trials," the researchers concluded. "The higher discontinuation rate in women, which was driven by reasons other than virologic failure, highlights the need for additional efforts to retain diverse populations in studies."