Over 40 Escape in a Kenyan Psychiatric Hospital Break 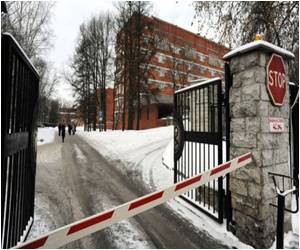 Around 40 mentally ill patients escaped from a psychiatric hospital in Nairobi, Kenya, with officials revealing that they have managed to catch 10 of them who are back at the hospital.

"We are now talking of 30 mental patients who are not back. Some have come back on their own volition while some were captured and brought back by their relatives," police chief Samuel Anampiu said.

Anampiu said two of the escapees went back to the hospital voluntarily while eight others were returned by their families.


The patients overpowered guards and forced open the door of their ward in the Mathari Mental Hospital on Sunday morning.

"Many scaled over the wall and went through Mathare area and a few confident ones used the main gate. When they are traced they should be brought back for their medication," Anampiu said, adding that all those who escaped were men.
Advertisement
The police chief said that the breakout must have been well planned for it to have had that level of success.

"They must have strategised. It is not possible that without proper planning 75 people can break two doors and more than half of them run away," he explained.

Kevin Kemboi, an escapee who was returned to the facility by family members, said he escaped after another patient told him that the hospital nurses were on strike.

"I just followed one of the patients ... then made my way home. At home I realised the environment was different. I felt like I was being disturbed by snakes and decided to go back. It is the place I need to be," he said before breaking down into tears.

Anampiu earlier announced that the police had all the details of the escapees which "will make it easy for us to identify them".

At least 35 others were stopped by guards from leaving after the initial breakout.

The hospital lies close to the sprawling Mathare slum district of Nairobi.