A research team of Mayo Clinic has found evidence suggesting that the controversial practice of ovary removal in premenopausal women to prevent ovarian cancer should be discontinued in women who are not at high risk of cancer.


Bilateral oophorectomy is the formal term for removal of both ovaries, often used as a preventive measure against ovarian cancer. For the first time, the team of nine researchers from multiple disciplines linked bilateral oophorectomy to a marked increase in 8 of the 18 chronic health conditions that were measured.


‘Estrogen therapy helps to reduce some of the risk in women who have undergone ovarian removal.’


The effects of oophorectomy in premenopausal women are much broader and more severe than previously documented.

"This study provides new and stronger evidence against the use of bilateral oophorectomy for prevention in young women," says Walter Rocca, M.D., lead author of the study. "Bilateral oophorectomy should not be considered an ethically acceptable option for the prevention of ovarian cancer in the majority of women who do not carry a high-risk genetic variant."

The study, published in the peer-reviewed journal Mayo Clinic Proceedings followed two groups of women for a period of approximately 14 years. There were 1,653 women who underwent bilateral oophorectomy and an equal number of women of the same age who did not. The study was made possible by using the records linkage system of the Rochester Epidemiology Project.

Results showed that women under 46 who underwent bilateral oophorectomy experienced a higher incidence of the 18 chronic conditions considered one at a time, except cancer, and an accelerated rate of accumulation of combined conditions, or multimorbidity.

Estrogen therapy reduced some of the risk in women who had undergone the procedure.

The investigators suggest that the premature loss of estrogen caused by the oophorectomy may affect a series of aging mechanisms at the cellular and tissue level across the whole body leading to diseases in multiple systems and organs.

"The clinical recommendation is simple and clear," Dr. Rocca concludes. "In the absence of a documented high-risk genetic variant, bilateral oophorectomy before the age of 50 years (or before menopause) is never to be considered and should not be offered as an option to women." 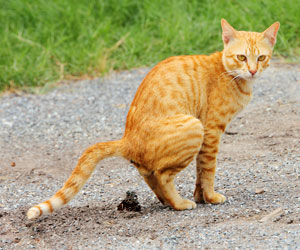 Parasite in Cat Feces Shows Promise in Fighting Ovarian Cancer
T.gondii from the feces of cat could break immune tolerance towards ovarian cancer, according to new study.
READ MORE

New Computer Test to Predict the Exact Time an Ovarian Cancer Patient Would Live
Women with especially aggressive ovarian cancers can be treated with the best possible therapies available on the NHS or through clinical trials.
READ MORE

No Difference in Breast Cancer Characteristics After Oophorectomy, Say Researchers
Researchers have reported that over half a million women in the United States undergo a hysterectomy each year and approximately half of those surgeries include removal of the ovaries.
READ MORE