Ovarian Cancer Screening Not Recommended for All Women 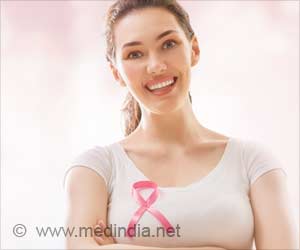 Screening for ovarian cancer is not recommended for women who do not have any symptoms and also those who are not at a high risk, reveals a new study.

The U.S. Preventive Services Task Force (USPSTF) routinely makes recommendations about the effectiveness of preventive care services. This latest recommendation statement on screening for ovarian cancer is an update from 2012. Ovarian cancer is the fifth most common cause of cancer death among U.S. women, with approximately 14,000 deaths per year.

The USPSTF found adequate evidence that the harms from screening for ovarian cancer are at least moderate and may be substantial in some cases, and include unnecessary surgery for women who do not have cancer.
Advertisement
Given the lack of mortality benefit of screening, and the moderate to substantial harms that could result from false-positive screeningtest results and subsequent surgery, the USPSTF concludes with moderate certainty that the harms of screening for ovarian cancer outweigh the benefit, and the net balance of the benefit and harms of screening is negative.

Things Women Should Know About Gynecologic Cancer
Cancers arising from the organs of the female reproductive tract (uterine, ovarian, cervical, ......

Meigs Syndrome
Meigs'' syndrome is a medical condition with a triad of symptoms including benign ovarian tumor, asc...

Premature Ovarian Failure
Premature menopause is ovarian failure which occurs 2 SD in years before a mean menopausal age and p...