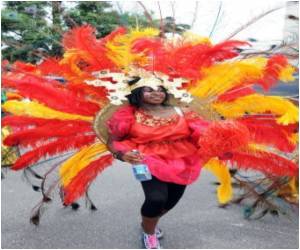 If you have always chosen pink over other colours or felt that a certain object looked better in a particular shade, it is your relationship with the colour that made you choose that colour over the others.

The findings may help explain why blue is pleasing to people everywhere, why Japanese women tend to like light colours, and why dark yellow is generally unappealing, among other trends.

Get ready to see future car with chameleon paint which would change its colour according to the owner's mood or clothing on a particular day.
Advertisement

"I might like purple more than you because my sister's bedroom was purple and I had positive experiences there," Discovery News quoted Karen Schloss, a graduate student in psychology at the University of California, Berkeley, as saying.


"Your own personal preference is determined by all the entities you've encountered of that colour and how much you liked them," she added.

The main theory is that we like colours that are tied to things that are healthy and promote survival. A blue sky, for example, indicates calm weather, which might explain why blue tends to be a favoured colour across cultures.

Colour Perception is Restored by Sleep

A new study says that sleep corrects the drift in color perception that occurs during wakefulness.
Advertisement
Scientists have also predicted, with mixed results, a preference for red among women, who would've needed to spot red berries against green foliage in our ancestral hunter-gatherer societies.

Schloss and colleague Stephen Palmer found that people preferred whichever colour had been linked to the positive images they saw, whether red or green, for instance red strawberries and green trees - as opposed to blood and green slime.

"You see loads of articles online about what colour you like and what that says about what kind of person you are," said Yazhu Ling, a vision scientists at the University of East Anglia in the United Kingdom.

"There is not actually scientific support for that. But it shows that people are generally interested in the subtle differences between people and what has driven that. Colour provides a tool to understand why we like some things more than others."

The findings are reported in the Proceedings of the National cademy of Sciences.

Cancer Cure may be Contained in Colourful Coral

More News on:
Colors and Moods Relationship Problems and Top Ways to Solve Them Understanding the Role of Love in Mental Health