Ali, a 30-year-old Jordanian father of three, was without a job and desperate. A friend convinced him that selling one of his kidneys could improve conditions for his family and also save someone's life.

So he flew to Egypt earlier this year, had a kidney removed, and was paid 5,000 dollars. But it was a Faustian bargain.

Cadaver organ transplants in India started in 1995 and so far 600 cadaver transplants of kidneys, heart and liver have been done in India, article describes the trails, tribulations and triumphs of the programme.
Advertisement 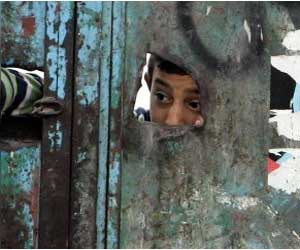 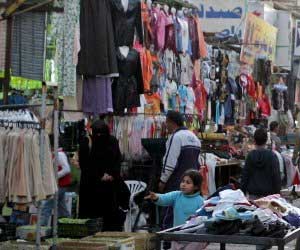 People are seen shopping at the Palestinian refugee camp of Baqaa, northwest Amman

"I regret it with all my heart. I don't know what I was thinking," Ali told AFP. "I got all 5,000 dollars after I donated the kidney, but I did not see or know the person I gave my kidney to.


"Now I know I made a bad mistake out of ignorance. I don't have a job, and poverty and hard conditions blinded me to what I was doing."

Ali was just one of dozens of cash-strapped people in Jordan who sold a kidney to brokers who prey on the poor.

Interactive section of Medindia helps us in better understanding of Brain Death
Advertisement
Mohammed, 29, said he too was promised 5,000 dollars for a kidney, but after the operation he was given less than half of the money in late 2008.

"I couldn't do anything about it. They told me 'take it or leave it'," said the father of two.

"I still can't find a job, I'm still poor and now all the money is gone. My life did not improve."

Mohammed said he was deceived into thinking he would "still have a normal life" after the operation.

"I've been feeling exhausted since my kidney was removed. I know I am not well but I don't know what's wrong. I can't see a doctor because I hear police are looking out for people like me," he added in a hoarse voice.

"My life has changed. I can't even sit and talk comfortably with my wife and children. This is always on my mind."

In September, 11 Jordanians were extradited by Cairo and charged in Amman with trafficking in human organs, mainly kidneys, and selling them illegally in Egypt for up to 30,000 dollars each.

Other suspects are being interrogated and seven more are on the run, police said.

In the tiny desert kingdom, official figures show that 70 percent of the nearly six-million population is under the age of 30 and that unemployment is running at 14.3 percent.

However, independent estimates put the jobless figure more than double, at 30 percent.

In 2007, a year in which more than 80 cases of trafficking were uncovered, Jordan created a National Commission to Promote Organ Donation in a bid to end illegal trafficking and encourage people to donate their organs.

"Traffickers work on commission, preying on poor people to convince them to sell their kidneys and then facilitating their travel to a third country for the operations," said state coroner Momen Hadidi, the commission's rapporteur.

"More than 800 people die every year in Jordan in road accidents. We should be encouraging the relatives of these victims to donate the organs of their loved ones. That way we can begin to reduce the demand," he said.

According to a recent government study of 130 cases in which kidneys were sold, nearly 80 percent of "donors" were Palestinians from Baqaa in northwest Amman, the largest refugee camp in the country.

Most were under the age of 31, lived in absolute poverty and had no criminal record.

The study said operations to remove the kidneys used to take place in Iraq, but since the 2003 US-led invasion, young men are now sent to Egypt, India and Pakistan.

A senior doctor and scientific adviser to the queen played down the extent of the problem.

"There is no organ trafficking problem in the kingdom. Such things are simply small scale improprieties," nephrologist Mohammed Lawzi said.

"Most people who sell their kidneys cite poverty as a reason but they don't use the money to improve their financial situation."

"Many donors are drug addicts seeking an easy way to get money," he said. "This happens all over the world, not just in Jordan."

"Materialism rules these days and everything is for sale, including human organs, and for some people that means profit," said Nasser, who felt that tackling unemployment and poverty would help in the fight against such trafficking.

"People sell their organs mostly because they are poor and jobless. They think 'it's my kidney and I can sell it'," he said.

The World Health Organisation believes that organ trafficking is increasing, with brokers reportedly charging wealthy patients between 100,000 dollars and 200,000 dollars for a transplant.

Donors, often impoverished and ill-educated, may receive as little as 1,000 dollars for a kidney although the going price is more likely to be about 5,000 dollars, it said.

A recent joint study by the United Nations and the Council of Europe called for a new international convention to stop trafficking in organs, tissues and cells.

The study pointed to a high number of unreported cases of trafficking because of low risks and huge profits for perpetrators.

It stressed the need to collect reliable data and called for an internationally agreed definition of trafficking in human body parts.

Between five and 10 per cent of kidney transplants performed annually around the world are estimated to be the result of organ trafficking.

A detailed documentary on the pros and cons of legalizing the Kidney trade in India -sparked by the Gurgaon Kidney donation racket.
Advertisement
<< AP Govt Introduces Sex Education in Schools for AIDS Awaren...
Indian Men in UK More Vulnerable to Alcohol-Related Problem... >>

On the 'Fast Buck' Trail: Kidneys on Sale

The blooming kidney trade in India is a cause of great concern due to its socio-economic, ethical and medico-legal overtones.