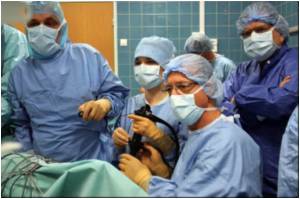 Organ donation can indeed change the lives of people who are critically in need of organs as it can make all the difference between life and death.

Record numbers of organ donors in Australia have helped save the lives of nearly 1000 people in 2011, according to recent figures.

Many Potential Organ Donations Blocked by Relatives of Deceased

As compared to 2010, the number of donors had gone up by 28 which benefited another 70 patients. This is the highest annual total of deceased organ donors and transplant recipients in Australia's history, yet  the nation's head donor rate needs improvement.


Parliamentary secretary for health Catherine King said, "We're continuing to see the rate of organ donation in Australia go up, we're now at 14.9 donors per million population (dpmp) and that's up just (from) over 11 (dpmp) from two years ago.(But) there is a long way to go before our rates of organ donation are comparable with other countries."

On Indian Organ donation day 2011, more than 82 people pledged to donate their organs and body, in an event in Madhya Pradesh to spread awareness of organ donation among the people of India.
Advertisement
<< New Device may Help Prevent Excessive Abdominal Bleeding in...
Words With Friends Averts A Massive Cardiac Arrest >>

Save Lives by Improving Family Consent on Organ Donation

Daily Calorie Requirements Sinopril (2mg) (Lacidipine) Post-Nasal Drip Accident and Trauma Care Noscaphene (Noscapine) Sanatogen Find a Doctor The Essence of Yoga Calculate Ideal Weight for Infants Blood Donation - Recipients
This site uses cookies to deliver our services. By using our site, you acknowledge that you have read and understand our Cookie Policy, Privacy Policy, and our Terms of Use