Oreos Cookies may be as Addictive as Cocaine, Study Suggests 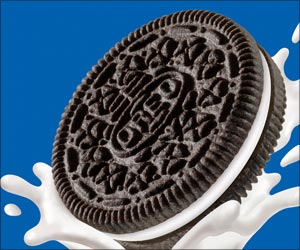 Researchers at Connecticut College suggest that Oreos cookies produce a similar effect on the brain and may be as addictive as morphine and cocaine.

Led by Joseph Schroeder, who is the director of the Behavioral Neuroscience Center at the college, the researchers analyzed the brains of rats after feeding them Oreos and found that the sugary and fatty treats activated more neurons in the brain's 'pleasure center' than cocaine or morphine.

Schroeder was quick point out that this was true for all high-fat and high-sugar foods and they had chosen Oreos as they were a handy device.


"Our research supports the theory that high-fat/ high-sugar foods stimulate the brain in the same way that drugs do. It may explain why some people can't resist these foods despite the fact that they know they are bad for them", Schroeder said.