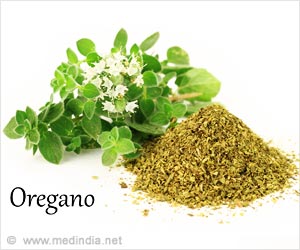 Researchers have found that oregano and rosemary herbs can be used in developing effective prescription anti-diabetic medications, adding that the way the herbs are grown does make a difference, a new study published in the Journal of Agricultural and Food Chemistry.

Elvira Gonzalez de Mejia and colleagues point out that in 2012, type-2 diabetes affected more than 8 percent of Americans and cost the country $175 billion. Some people can manage the disease with exercise and changes to their diet, and others take medication. But not everyone can stick to a new lifestyle or afford the prescription drugs necessary to keep their blood-sugar level in check. Recent research has shown that herbs could provide a natural way to help lower glucose in blood. So Gonzalez de Mejia's team decided to take a closer look.

They tested four different herbs, either greenhouse-grown or dried commercial versions, for their ability to interfere with a diabetes-related enzyme, which is also a target of a prescription drug for the disease.


They found that greenhouse herbs contained more polyphenols and flavonoids compared to the equivalent commercial herbs. But this didn't affect the concentration required to inhibit the enzyme. Commercial extracts of Greek oregano, Mexican oregano and rosemary were better inhibitors of the enzyme, required to reduce risk of type-2 diabetes, than greenhouse-grown herbs. The researchers say more studies are needed to understand the role of these compounds in reducing the risk of type-2 diabetes in humans.

Diet and Nutrition Tips for Athletes
Athletes can be physically fit by consuming a well balanced nutritious diet, which keeps them ......

Health Benefits of Oregano
Oregano benefits health and helps in the treatment and management of various diseases and disorders....

Health Benefits of Rosemary Herb
Rosemary is a popular herb with aromatic leaves used in seasoning of foods and also in aromatherapy,...