Oral Vaccines Could Provide Immunity Against Many Diseases 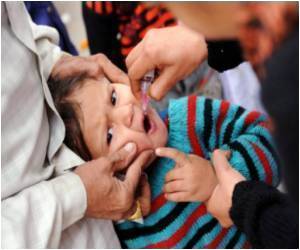 Oral vaccines could be used to immunise individuals against a wide range of diseases, a new study has found.

The research found that salivary glands are able to act as an alternative mucosal route on which vaccines can be administered.

"Our work highlights the ability of the salivary glands to act as an alternative mucosal route for administering vaccines, which would lead to protective immune responses both locally and systemically," said Lucille London, a researcher from the School of Dental Medicine and Department of Oral Biology and Pathology at Stony Brook University in Stony Brook, NY.


"Thus, in the future, salivary gland inoculation may become a clinically acceptable method to vaccinate groups of individuals against new and emerging pathogenic challenges," she added.

The real challenge lies in convincing people about the goodness of the vaccine as a step towards disease control and public health preparedness.
Advertisement
The researchers studied two groups of mice. The first group received live cytomegalovirus directly into their salivary glands.

These mice demonstrated an immune response in the salivary glands, and the researchers observed an increase in the number and types of cells associated with antibodies that were protective in the saliva.

Importantly, these antibodies were also found in other mucosal secretions and in the serum of these mice, suggesting that these proteins spread to other locations in the body.

The second group of mice was given an inactive virus that did not cause an infection in the salivary glands.

These mice demonstrated no active immune response when compared to the first group.

When both sets of mice were exposed to the same virus at a later time, only the group immunized with an active virus was protected from future infection.

This discovery opens the doors for similar research involving the use of weakened viruses to determine if they will also confer immunity through salivary glands.

"This work shows that salivary glands may become the first line of defense in active and passive immunization," said Gerald Weissmann, Editor-in-Chief of FASEB Journal.

The research has been published online in the FASEB Journal.

How to Reduce School Bag Weight - Simple Tips Daily Calorie Requirements Sanatogen Selfie Addiction Calculator Accident and Trauma Care Find a Doctor Nutam (400mg) (Piracetam) Pregnancy Confirmation Calculator Indian Medical Journals Noscaphene (Noscapine)
This site uses cookies to deliver our services.By using our site, you acknowledge that you have read and understand our Cookie Policy, Privacy Policy, and our Terms of Use  Ok, Got it. Close
×