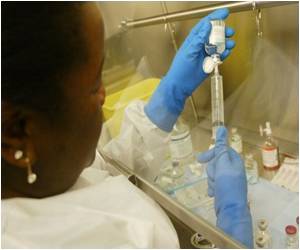 Slight treatment changes in head and neck cancer patients is a key predictor of severe mucositis later in the treatment, reports study.

Mucositis, or mouth sores, is a common side effect of chemoradiotherapy for head and neck cancer that is painful and can be very severe. Physicians cannot predict which patients will have mild mucositis or severe mucositis that would require narcotic pain medication, nutritional support and/or feeding tubes.

Researchers in this study hypothesized that using sensitive thermal imaging technology to measure temperature changes of less than one-tenth of a degree early in treatment could predict the severity of mucositis later in treatment. This knowledge could allow for early intervention and potential changes in therapy using a technology that is simple, harmless and non-invasive.


Patients receiving chemoradiotherapy underwent baseline and weekly thermal imaging of their oral mucus membranes. All patients displayed an increase in temperature and severe mucositis was found in 53 percent of patients.

Head and neck cancer patients treated with radiation therapy plus the chemotherapy drug cisplatin had more positive outcomes.
Advertisement
"If we could predict which patients were going to suffer the greatest toxicity, we could proactively make changes to their care that could ameliorate or prevent side effects," Ezra Cohen, MD, lead author of the study and co-director of the head and neck cancer program at The University of Chicago in Chicago, said. "Ultimately, we could identify the patients at higher risk of severe complications from treatment."

A new biomarker that can predict whether a patient's tumor will be life threatening may improve outcomes for head and neck tumor patients, reveals research.
Advertisement
Advertisement

Head and neck cancers usually occur in the squamous cells lining the moist, mucosal surfaces inside the head ...