Oral Sex, HPV Is the Leading Cause of Oral Cancer Than Smoking 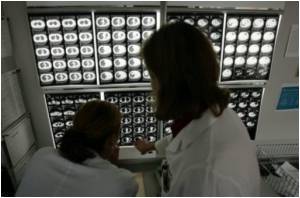 Oral sex and HPV, the virus that causes genital warts and cervical cancer in women, is now the top cause of oral cancer among non-smoking men in the US.

Doctors revealed that the cases of oral cancer resulting from exposure to the HPV-16 strain of the virus are hitting epidemic proportions in the U.S., affecting mostly white, male, non-smokers in their late 30s and early 40s.

The tumours forming on the back of their tongues and tonsils have nothing to do with nicotine - they are directly linked to engaging in oral sex with multiple female partners.


"If you've had more than five or six sexual partners, you are at a higher risk," the New York Daily News quoted Dr. Eric M. Genden, professor and chair of head and neck surgery at Mount Sinai Medical centre as saying.

"We're only now beginning to see the beginning of a bell curve," he said.

According to doctors, women can get it from men as well although their chances are lower.

Brian Hill, a medical device manufacturer who suffers from oral cancer, founded the Oral Cancer Foundation and spends his time working with patients, doctors and dentists, as well as campaigning in Washington to raise awareness about the danger of oral cancer and the links to HPV.

"Anyone old enough to have engaged in sexual behaviours known to transmit this virus needs to be screened annually for oral cancer. It's the only way to catch this disease at its early stages," he said.

Hill believes many doctors and researchers are still in the dark about the ties between HPV-16 and oral cancer, despite the rise in diagnoses in the past decade.

"We don't know exactly if or how long HPV-16 may lay dormant, or why it strikes certain people and not others. What we don't know exceeds what we do know," he added.

The Oral Cancer Foundation and the National Institutes of Health said that nearly all sexually active Americans will come in contact with HPV.

The Centers for Disease Control and Prevention said HPV is the most common STD in the US. About 20 million Americans are currently infected with HPV. Another 6 million people become newly infected each year.

HPV is passed through skin-to-skin contact, not fluids. Besides conventional sex, oral sex and even deep French kissing may spread the virus.

Reports from the New England Journal of Medicine and the Journal of Oncology as well as other research and treating institutions, reveal the human papillomavirus (HPV) is now the top cause of oral cancer in men, beating out smoking and drinking.

A list of Must Know Top 12 Cancer Facts of the World.

Oral cancer is a cancer that develops in any part of the mouth. It is more common in men over 40.

Tattoos are a rage among college students who sport it for the cool dude or cool babe look
This site uses cookies to deliver our services.By using our site, you acknowledge that you have read and understand our Cookie Policy, Privacy Policy, and our Terms of Use  Ok, Got it. Close
X

Oral Sex, HPV Is the Leading Cause of Oral Cancer Than Smoking Personalised Printable Document (PDF)