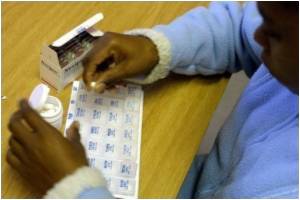 The human studies of an oral drug to arrest HIV infection yielded a promising 50% reduction in HIV incidence, but additional research need to be implemented on a larger scale, says report.

After the success of a trial of PrEP in a high risk population of men who have sex with men (MSM), expanded studies are set to begin that will enroll more than 20,000 men and women. Although PrEP comprised of a two-drug regimen (the oral antiretroviral agents tenofovir and emtricitabine) was shown to be safe and effective in early clinical testing, Gavin Myers, MA and Kenneth Mayer, MD, Alpert Medical School of Brown University (Providence, RI) emphasize the need for more research in several key areas: the need for ongoing PrEP clinical monitoring of side effects; the diminished preventive benefits seen in patients who do not adhere to the PrEP regimen and the need for counseling; the attitudes and awareness of physicians who would be prescribing PrEP; and the potential for intermittent PrEP to be as effective as once-daily dosing. They discuss these issues in the article, "Oral Preexposure Anti-HIV Prophylaxis for High-Risk U.S. Populations: Current Considerations in Light of New Findings."

"This is an extraordinary example of translational medicine in the service of HIV prevention. But implementation faces major social obstacles. Adherence to a PreP regimen is key. And the cost of the drugs may make it impractical for all but the highest at-risk populations," says Jeffrey Laurence, MD, Editor-in-Chief of the Journal and Director of the Laboratory for AIDS Virus Research at Weill Medical College of Cornell University (New York, NY).

Drugs Have Helped To Reduce AIDS Deaths in South Africa

South Africa's AIDS deaths have fallen by nearly 25 percent due to scaled up access to life-saving drugs, which the government for years had refused to provide, new research has shown.
Advertisement