Only Half Of Venues Listed On Airbnb Have Smoke Detectors: Study 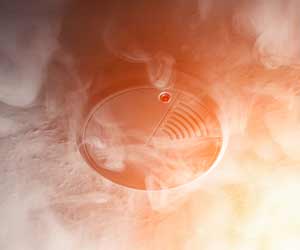 Only half of the Airbnb venues have smoke detectors, especially in places where you are allowed to smoke, finds a new study. This is being considered a major fire safety threat, as smoke detectors that are capable of detecting early fires are not installed in these venues.

The findings, published online February 22 in the journal Preventive Medicine, highlight the range of safety standards travelers might encounter in residential accommodations when they travel.


"Cigarettes are consistently reported as a leading cause of residential fire deaths," says Vanya Jones, Ph.D., the study's lead author and an assistant professor with the Johns Hopkins Center for Injury Research and Policy at the Bloomberg School. "Given that smoke detectors are an effective way to drastically reduce the number of fire deaths, it is concerning that venues that allow smoking would be less likely to be equipped with smoke detectors."
Advertisement
For their study, the researchers analyzed data from 413,339 Airbnb venues in 43 international cities. Data were used with permission from Inside Airbnb, a website not affiliated with Airbnb that aggregates publicly available information about Airbnb listings posted by venue hosts. At the time of the study, Inside Airbnb was collecting data related to Airbnb listings in 43 cities in 17 countries and jurisdictions (Australia, Austria, Belgium, Canada, Denmark, England, France, Germany, Greece, Hong Kong, Ireland, Italy, the Netherlands, Scotland, Spain, Switzerland and the U.S.). Data were collected from venues in each city from July 17, 2015, to February 18, 2017.

Across the full sample of venues included in the analysis--both smoking and non-smoking--63 percent reported having smoke detectors in their online Airbnb profile. The lowest prevalence of smoke detectors was among venues in Italy (2 percent), and the highest was in Scotland (83 percent).

According to the analysis, the rates of Airbnb rentals that allow smoking vary across countries--from three percent in Denmark and Scotland to 40 percent in Greece. Across the entire sample, 9 percent of venues allowed smoking. The researchers say that while smoke-free laws have been passed in all of the countries included in the analysis--either at the national or sub-national level--these laws generally do not apply to private spaces, such as homes.

In the United States, smoking-related fires have declined over the last several decades, which has been credited to a decrease in smoking and improved fire safety regulations, including the required installation of smoke detectors.

More News on:
Smoking And Cancer Smoking And Tobacco Diet Lifestyle and Heart Disease Cigarette Smoking - A Silent Killer Antioxidants to Help You When You Quit Smoking

Prenatal Forest Fire Exposure Can Cause Stunting in Children
Mother's exposure to forest fire smoke during pregnancy can cause stunting in children, reveals a .....

Interactive Tools may Cause Antismoking Messages to Backfire
Interactive websites more engaging for some people could actually discourage other users from ......

Emollients Pose Fire Risk: Research
Emollients that are used for skin conditions pose a significant risk of catching fire when they dry ...