Only Gutkha Banned by SC, No Ban on Chewing Tobacco, Cigarette 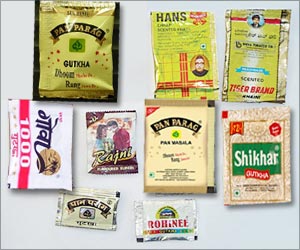 Smokeless Tobacco Federation of India is an association established in order to promote and protect the trade, commerce and industries in India connected with tobacco and allied products.

The Federation have contradicted the report in some newspaper which suggested that the Supreme Court vide its order dated 23.09.2016 has banned chewing tobacco in all forms.

The Supreme Court has asked the Food Safety and Standards Authority of India (FSSAI) to strictly stop the sale of all chewable tobacco and nicotine.
Advertisement
‘Nearly 25 percent of TB deaths in India is attributed to smoking and Smoking undoubtedly is a major cause of Oral and Lung Cancer.’
Tweet it Now

Since the last two days, the Association and its members have been encountering various newspaper reports with respect to the order passed by the Supreme Court of India, dated 23.09.2016, clamming ban of all kinds of 'Chewing Tobacco'.


This is to clarify that the said reports, misinterpreting the Hon'ble Supreme Court's order, are blatantly erroneous and misleading and does not give the true picture. Supreme Court vide its order dated 23.09.2016 has stated the following; "In view of the above, the concerned statutory authorities are directed to comply with the above mandate of law.

In June 2015, Singapore's health ministry announced that the ban on emerging tobacco products would be implemented in two phases.
Advertisement
We also direct the Secretaries, Health Department of all the States and Union Territories to file their affidavits before the next date of hearing on the issue of total compliance of the ban imposed on manufacturing and sale of Gutkha and Pan Masala with tobacco and/or nicotine."

From the above, it is amply clear that the Hon'ble Court has repeated its earlier directions dated 03.04.2013 directing the Secretaries, Health Department of all States & Union Territories to file their affidavits before next date of hearing (09.11.2016) on the issue of total compliance of the ban imposed on manufacturing and sale of Gutkha which is Pan Masala containing Tobacco and/or Nicotine. There is no ban on Chewing Tobacco, Cigarette or Beedi by Supreme Court.

A copy of the order, which is available on the website of the Supreme Court of India is also enclosed for your kind reference. In view of the above, the Association feels that all such misleading statements/reports should be withdrawn immediately and there is no further misapplication and misinterpretation of the Supreme Court's order. According to a Global Adult Tobacco Survey conducted by Ministry of Health and Family Welfare recently, it is estimated that out of 10 lacs tobacco attributable deaths 9.30 lacs deaths are due to smoking.

Further, 25 percent of TB deaths in India is attributed to smoking and Smoking undoubtedly is a major cause of Oral and Lung Cancer. Additionally, 60000 people die annually due to passive smoking in India.

Ban on Gutkha, Paan Masala In Maharashtra Extended For Another Year

The Maharashtra government after taking the health hazards of all nicotine-laced gutkha and paan masala seriously, announced an extension on ban on these products for another year.
Advertisement