Only 12% Women in India Use Sanitary Napkins 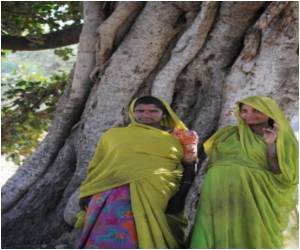 Out of India's 355 million menstruating women only 12% use sanitary napkins (SNs), says a study undertaken by AC Nielsen. The remaining 88% women resort to shocking alternatives like unsanitized cloth, ashes and husk sand. Due to such unhygienic measures the incidents of Reproductive Tract Infection (RTI) is 70% more common. Around 70% women in India have sighted affordability as a major barrier for using sanitary napkins. About 97% gynecologists believed that use of napkins reduced the risk of severe RTIs and nearly 64% of them believed that SNs reduce the risk of cervical cancer.

This survey was endorsed by community development organization Plan India. It was conducted in October 2010 and involved 1033 women in their menstrual age and 151 gynecologists. Executive director, Plan India, Bhagyashri Dengle, said, "This study reveals the dismal state of feminine hygiene care in India and shows rampant unhygienic sanitary practices. In comparison, 100% women in Singapore and Japan, 88% in Indonesia and 64% in China use SNs."

Low cost sanitary napkins could ensure better hygiene for poorer women, and some non-governmental organizations (NGOs) in India are working on the idea.
Advertisement

The Union health ministry has realized the importance of menstrual health in women. In order to increase the use of SN's among adolescent girls in rural areas, they have announced Rs. 150-crore scheme in June 2010. The scheme involves supplying a pack of 6 SNs to Below Poverty Line (BPL) girls at a nominal cost of Rs 1 per pack, while girls in the Above Poverty Line (APL) category will be charged Rs. 5 for the same. However the scheme is yet to take off. A ministry official said, "This initiative will roll out in phases, with 25% of the country being covered in the first -- 150 districts (1,500 blocks) out of a total of approximately 600 districts. In the first year, this will be rolled out in 150 districts across the country, of which 30 districts will be from the four southern states, Maharashtra and Gujarat, and 120 districts from the northern, central and north-eastern states."

In a first of its kind initiative in Tamil Nadu, a sanitary napkin vending machine has been installed at a school here to promote personal hygiene among girl students in rural areas.
Advertisement

Sanitary Pads are a Luxury for Women in Rural India

The Jharkhand postal department has decided to step into the family planning programme and has started delivering condoms and contraceptives to people, especially in remote areas.
Advertisement