Online Identity Theft on the Rise in Australia

A new survey has pointed out that Australians are falling victim to online identity theft at an increasing rate.

The survey of 2500 Australians found that one in 10 had fallen victim to online identity theft in the past 12 months and each lost an average of 1000 dollars as a result.


If the survey results are extrapolated nationally, it means 1.37 million Australian Internet users have been the victims of fraudsters, costing them 1.3 billion dollars in a single year.


About 60 per cent of survey respondents said they'd encountered fraudulent emails and websites in the past year.

The survey found complacency was a major factor in identity theft, with Gen Y users the least likely to check for security features before handing over sensitive information.

Some 69 per cent users aged 18-24 admitted they failed to do so every time they gave out information such as bank and credit card details.

People aged over 50 were among the most security savvy, with about 45 per cent regularly checking for online safeguards.

VeriSign said the best way for users to guard against identity theft was to look for security features that are built into legitimate sites and correspondence.

"It's in the best interest of organisations that have a major online presence to give Australians the confidence that they have implemented enhanced security methods," News.com.au quoted Alastair MacGibbon of the Internet Safety Institute as saying.

Newspapers Ponder On Making Profit: What Does the Internet Age Hold?
Newspapers worldwide are being forced to reinvent themselves for the Internet age -- and will be watching closely the success of two experiments launched in London, analyst say.
READ MORE

Internet Overuse and Gambling Addiction Not Connected
Over-dependence on the internet and addiction to gambling are absolutely not connected, states a new study.
READ MORE 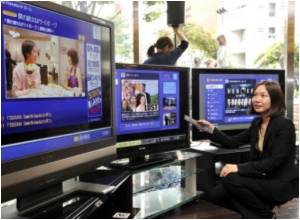 In 500 Days, the Internet Will Run Out of IP Addresses!
The unique numbers, which are known as Internet protocol addresses, help identify the world's networked devices.
READ MORE

Ten Pct Of Web Users Reveal Too Much Personal Info Online
One in ten Internet users browses the web without sufficient safety thereby putting their personal information at risk, a new study has revealed.
READ MORE