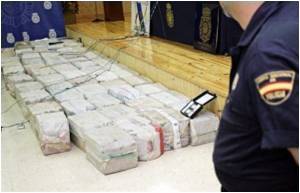 Authorities in Chicago have said that a 1-year-old boy in Chicago tested positive for PCP and cocaine after chewing on a tinfoil that was contaminated with the drugs.

The Chicago Tribune reported that the boy started acting in a lethargic manner after chewing on a tinfoil in a West 5th Avenue home. The boy was rushed to a local hospital where tests for the drugs came back positive.

Doctors at the hospital called the police to report a case of child abuse.


Police added that investigators searched the child's home and found drug paraphernalia, but did not comment on whether charges had been pressed against anybody in the case. The boy is currently under observation at the hospital.

Accident and trauma care is an important public health challenge that requires immediate attention. Injury (trauma) is the leading cause of death for all age groups under the age of 44.
Advertisement
<< Siliguri Cycle Rally Champions the Cause of a Safe, Healthy...
Many Celiac Disease Sufferers Wait for Diagnosis for 11 Yea... >>