One Third of Women Turn Evasive When Questioned About Ex-partners 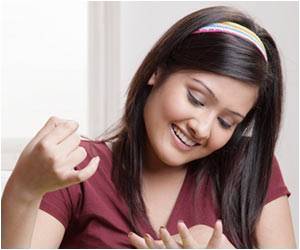 Women seem to be evasive when they are asked about their partners, researchers have found.

Half lie because they 'feel ashamed' of the number, while a further 19 per cent don't want to be seen as promiscuous.

Singles Show Preference for Hotties When They Have More Potential Mates

A new study has pointed out that singles may end up going for attractive physical characteristics while choosing romantic partners especially when they have more dating options.
Advertisement

A fifth of women would be dishonest about their number of sexual partners if their new partner had slept with fewer people than them.


Researchers have also shown that there is a split between the genders when it comes to answering the potentially embarrassing question.

A higher proportion of men- 43 per cent - lie to their new partner. In these cases, around 60 per cent increase the amount.

Beware of Men Who Vouch for Love at First Sight

The tendency to cheat on partners is high among men who believe in love at first sight, a new study has indicated.
Advertisement
Around 42 per cent of men said they were 'reluctant' to settle down.

In contrast, 21 per cent of the women claim to be 'reluctant' to settle down in a relationship.

The average number of sexual partners - according to the survey by www.MyVoucher-Codes.co.uk - was seven for women and 13 for men.

"I would suggest starting a new relationship with honesty .If you start with a lie, it is more likely to end with a lot more lies," the Daily Mail quoted Mark Pearson, managing director of the website as saying.

Zimbabwe faces a problem in following recommendations laid down by the World Health Organization on treating HIV, since the country does not have enough anti-AIDS drugs.
Advertisement
Advertisement