One Percent of Newly Incarcerated Inmates Have Acute Hepatitis C 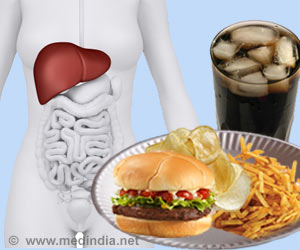 A study estimates that the prevalence of acute hepatitis C virus (HCV) infection is nearly one percent among newly incarcerated inmates with a history of recent drug use.

The study got published in the March issue of Hepatology, a journal of the American Association for the Study of Liver Diseases. Findings suggest that systematic screening of intravenous (IV) drug users who are new to the prison system could identify more than 7,000 cases of HCV across the U.S. annuallyeven among asymptomatic inmates.

According to the National Institute of Allergy and Infectious Diseases Healththe funding organization for this current studychronic HCV affects 180 million people worldwide, with more than 4 million cases in the U.S. Studies have shown that most IV drug users acquire HCV with in the first year of risky injection habits and in the U.S. this population accounts for 46% of symptomatic acute infections. Due to past injection drug use, incarcerated inmates have HCV infection rates ranging from 25% to 41%roughly 20 times higher than the general population.


"While the Centers for Disease Control and Prevention (CDC) recommend more vigilant surveillance of at risk populations, many healthcare programs in correctional facilities do not routinely screen for HCV," comments Dr. Arthur Kim with the Division of Infectious Diseases at Massachusetts General Hospital and Harvard University Center for AIDS Research in Boston. "Our study investigated whether the implementation of a low-cost, systematic screening process for high-risk behavior could uncover more asymptomatic acute HCV cases among newly incarcerated individuals who recently used injection drugs."
Advertisement
Between October 2006 and March 2008 the team assessed the health of 6,342 inmates with 55% of those screened for HCV. Of the 3470 inmates who were screened 24% were African-America, 50% Caucasian, and 22% Hispanic. Results show that 21% of the 171 high-risk inmates had acute HCV. Inmates who were diagnosed with HCV had a mean age of 29 years and 63% were female. This investigation found 91% of those with acute HCV were Caucasian, while no African-Americans were diagnosed with this disease.

Further analysis found that about one out of every hundred inmates screened were diagnosed with acute HCV infection. Dr. Kim concludes, "Based on estimates that 700,000 individuals enter the prison system each year, about 7,000 new cases of acute HCV infection would be identified if screening strategies were systematically adopted. Further validation of our screening approach in healthcare settings such as detoxification programs or emergency rooms is warranted. Adoption of such screening programs in high-risk populations would provide an opportunity for greater diagnosis and prevention of HCV."

Knowledge of HIV Impact on Hepatitis C Infection and Genes That may Thwart HCV Advanced By Studies
Among people infected with the hepatitis C virus (HCV), co-infection with HIV, speeds damage and ......

New Study on Hepatitis C Drug Treatment in Vivo and in Vitro
Hepatitis C virus (HCV) infection is the primary cause of liver cirrhosis and liver cancer ......