One More Succumbs to Bird Flu in China 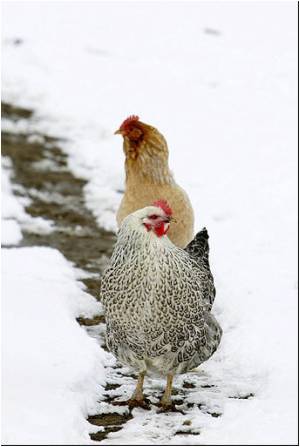 A man in southwest China who contracted the bird flu virus died on Sunday, the second human death in just under a month, state media reported.

The victim fell ill on January 6 and was subsequently admitted to hospital in Guiyang -- capital of Guizhou province -- where his condition rapidly deteriorated, the official Xinhua news agency said.

Tests confirmed he had contracted the H5N1 avian influenza virus, it added.


The Hong Kong Department of Health said in a statement Sunday it had been notified of the case by the mainland's health authorities, which said the 39-year-old patient had not had any obvious exposure to poultry.

Influenza (or rather, the flu) is a cold weather infectious condition that affects the young and old alike. Though most reported cases are mild, the flu can sometimes cause severe and life-threatening complications in both children and adults, thanks to wrong medications and improper vaccinations. Learn more about the disease from our Flu Quiz and guard yourself and your family from a poss
Advertisement
He is the second man to die from bird flu in China in less than a month, after a bus driver in the southern province of Guangdong passed away from the disease on December 31.

The H5N1 virus is fatal in humans in about 60 percent of cases.

Southern China Health authorities are advising people to stay calm after a man who infected with bird flu virus died over the weekend, the official Xinhua news agency said on Monday.
Advertisement
<< Looking At Delicious Food Pics Can Make You Hungry
Multi-nature of 'Trafficking' In Women >>

Find a Hospital Nutam (400mg) (Piracetam) Drug - Food Interactions Hearing Loss Calculator Sinopril (2mg) (Lacidipine) Calculate Ideal Weight for Infants Blood Pressure Calculator Drug Interaction Checker The Essence of Yoga Accident and Trauma Care
This site uses cookies to deliver our services. By using our site, you acknowledge that you have read and understand our Cookie Policy, Privacy Policy, and our Terms of Use