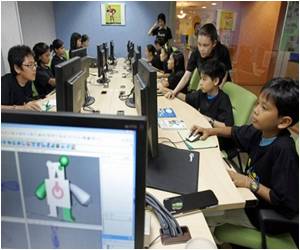 According to a new study, one in six high school students (16.2 percent) reported being electronically bullied within the past 12 months.

Girls were more than twice as likely to report being a victim of cyberbullying than boys (22.1 percent vs. 10.8 percent).

Whites reported being the victim of cyberbullying more than twice as frequently as blacks, the study found.


Further, many of these students also spend three or more hours on an average school day playing video games or using a computer for something other than school work, the study revealed.
Advertisement
"Electronic bullying of high school students threatens the self-esteem, emotional well-being and social standing of youth at a very vulnerable stage of their development," said study author Andrew Adesman, MD, FAAP, chief of Developmental and Behavioral Pediatrics at Cohen Children's Medical Center of New York.

"Although teenagers generally embrace being connected to the Web and each other 24/7, we must recognize that these new technologies carry with them the potential to traumatize youth in new and different ways," he added.

For the first time, the 2011 survey asked students whether they had been a victim of electronic bullying in the past 12 months, including through email, chat rooms, instant messaging, websites and texting. They also were asked how many hours they play video or computer games or use a computer for something that is not school work.

"Electronic bullying is a very real yet silent danger that may be traumatizing children and teens without parental knowledge and has the potential to lead to devastating consequences," said principal investigator Karen Ginsburg, also at Cohen Children's Medical Center of New York.

"By identifying groups at higher risk for electronic bullying, it is hoped that targeted awareness and prevention strategies can be put in place," Ginsburg noted.

Results regarding video game and recreational computer use showed:

Thirty-one percent of high school students reported spending three or more hours daily playing video games or using a computer for something other than school.

Boys were more likely than girls to report playing for more than three hours a day (35.3 percent vs. 26.6 percent).

"As technology continues to advance and computers become that much more accessible, cyberbullying will continue to grow as a hurtful weapon against kids and teens," Dr. Adesman concluded.

The results are to be presented at the Pediatric Academic Societies (PAS) annual meeting in Washington, DC.

High School Students Now Being 'Cyberbullied'
In a class of thirty high school kids, atleast five have been victims of electronic bullying...