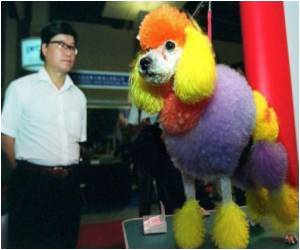 Shanghai passes one-dog law, limiting homes to one canine. This measure is taken to reduce the growing popularity of canines in China's leading metropolis.

Under the law, dog owners must also give their pets' puppies to eligible no-dog households or to government-approved adoption agencies before the pups reach three months, the report said.


Anyone currently owning two or more licensed dogs will be allowed to keep them, it added

Dog ownership has grown alongside China's fast-expanding middle class with official estimates putting Shanghai's pet dog population at 800,000 -- although only a quarter of that number are registered, a previous report said.

In a new study that was conducted on dog ownership and adolescent physical activity it has been revealed that dogs can get your sedentary 'teen' off the couch.
Advertisement
The government had said tighter regulation was needed due to rampant barking, unscooped waste, and the growing risk of dog attacks, which affect the city's environment and sanitation.

There were about 58 million pet dogs in 20 major Chinese cities at the end of 2009 and the figure is rising about 30 percent each year, according to a survey by Beijing-based magazine Dog Fans.

Pet owners in China spend an estimated $2 billion a year on their animals, according to Per Lyngemark, founder of Shanghai-based Petizens.com, a Facebook-like site dedicated to pets.

A Labrador named Shirley who is a medical assistance dog spends the entire day with Rebecca in school ensuring that her life is not in danger.
Advertisement
<< Fans can Vote Online in the New Season of American Idol
Afghan Girls' Education at Risk >>

Blood Donation - Recipients Selfie Addiction Calculator The Essence of Yoga Daily Calorie Requirements Color Blindness Calculator Drug Interaction Checker Calculate Ideal Weight for Infants Drug Side Effects Calculator Find a Doctor Accident and Trauma Care
This site uses cookies to deliver our services. By using our site, you acknowledge that you have read and understand our Cookie Policy, Privacy Policy, and our Terms of Use