One Centimetre Book Published by Keralite 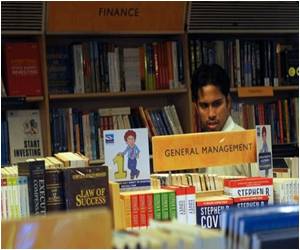 Sathar Adhoor, an author from Kerala, has brought forth a collection of poems and short stories which he insists is the tiniest literary printed publication.

Adhoor, in his early 30s, has produced a book measuring just a centimeter in dimension, crafted from a single sheet of paper.

Going Now: 1676 Holy Book Preaching Women to Abstain from Laughter Up for Sale

Surely a collector's item, a 1676 holy book, which advised women- not to laugh too much, wear sexy, see-through outfits and using rush into second marriages- is being put up for sale.
Advertisement

Interacting with mediapersons here on Wednesday, he said that miniature versions of certain miniature books like the Holy Quran and the Bible inspired him to create his own literary pursuits in the tiniest possible form.


"Many have seen and learnt about smallest books like the Holy Quran and Bible. I thought of giving unique touch to my own works. My first book measuring 1.5 cm was published in 2008 and weighs three grams. I have received immense appreciation from book lovers and friends. Then I created the same thing in poetic form as well," Adhoor said.

Time For Spring-Cleaning a Cluttered Mind?

This release is available in French.
Advertisement
The book in published form measures not bigger than Adhoor's own nail.

This tiniest possible 68 pages book features 66 poems that were translated in 66 local and foreign languages.

Adhoor also mentioned that he has applied for recognition by the India's Limca Book of Records as well as Guiness Book of World Records.

"I have already applied for three famous record books. The Asia Book of Records had contacted me and so did the Unique World Records. Now, I have applied for Guinness Book of World Records and I am very much hopeful that soon my name will be endorsed here too," added Adhoor.

Last year, he had created a book measuring 1.5 cm in length and 1.3 cm in width that weighed merely 800 milligrams. This miniature book can be read from both the sides.

Source: ANI
Advertisement
<< Apple More Valuable as a Brand Than Olympics
Women's Needs to be Covered by All-Veiled TV in Egypt >>