One and Done Approach Effective in Removing Suspicious Moles 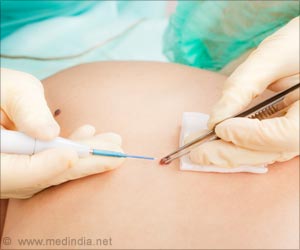 Although common moles are not cancerous, people who have more than 50 common moles have an increased chance of developing melanoma. Doctors can remove all of its cells and avert the need for a second surgery by carefully tracing a line of at least 2 millimeters outside of and around the edges of a mole that is suspected of being a cancer.

The recommendation for such a tightly defined surgical margin is the result of a study led by researchers at Perlmutter Cancer Center at NYU Langone Health and published online Oct. 2 in the Journal of the American Academy of Dermatology.

Advertisement
‘Keeping track of skin moles on the body is important, as people with 50 or more pigmented skin cells are at higher risk of melanoma than those who have fewer moles.’

According to researchers, such margin guidelines are needed because as many as two-thirds of the hundreds of thousands of suspicious skin moles removed each year in the United States require re-excision (further cutting out of mole cells missed on the first attempt). Physicians warn that second procedures introduce more risk of infection, bleeding, and scarring, as well as inconvenience and unnecessary costs.


"Although the vast majority of suspicious-looking skin moles do not turn out to be cancerous melanomas, once a decision has been made to remove a mole, there should be a clearer standard margin," says senior study investigator and dermatologist David Polsky, MD, PhD. Currently, he says, most physicians cut out either just the darkest portion of a suspicious mole, or when removing the entire mole, opt for a very small, imprecise 1 millimeter margin around the mole's edge.
Advertisement
"Our study shows that a 'one and done' approach with a clearly defined, slightly larger margin is safer and more effective in completely removing suspicious moles with a single procedure than the current non-standardized approach," adds Polsky, the Alfred W. Kopf, MD, Professor of Dermatologic Oncology at NYU Langone and director of its pigmented lesion section in the Ronald O. Perelman Department of Dermatology.

For the study, researchers removed 151 suspicious skin moles in 138 men and women, all patients at NYU Langone, which provided all supplies and funding for the study. Most biopsies came from the arms, legs, and backs.

All patients underwent the biopsy procedure, involving complete mole removal with a 2 millimeter margin, between January and August 2015. Researchers then monitored the patients for close to a year and a half after their procedures and found that none had any further suspicious growths at their biopsy sites.

Lab testing showed that more than 90 percent of biopsied moles were completely removed by using the single procedure, with 11 (7 percent) diagnosed as melanoma, one of the most aggressive forms of skin cancer.

"While our study did not directly compare use of the wider margin to a narrower margin, the common practice of removing moles with narrow margins and performing a second 'clean-up' procedure suggests a need to move toward wider margins during the initial procedure," says Polsky.

According to Polsky, the decision to remove a suspicious skin mole, or so-called atypical or dysplastic nevus, is complex and somewhat subjective. Physicians, he says, look at a variety of factors including the shape and internal colors of the mole, as well as how dark and uneven it is.

Keeping track of skin moles on the body is important, experts say, because people with 50 or more flat or slightly raised, circular segments of pigmented skin cells are at higher risk of melanoma than those who have fewer moles. Physicians usually remove several moles for every melanoma diagnosed, so that no cancers are missed.

Polsky says if further data support the current findings, he hopes that other cancer centers will also adopt his "one and done" approach, and, if so, he will recommend changes to the next edition of practice guidelines issued by the American Academy of Dermatology.

Can Mole be Cancerous? Look at Illustrations, Not Photos
Dermatology is a highly visual field, so we need to look more closely at our visual ......

Having More Than 11 Moles on the Right Arm Indicates Skin Cancer Risk
The appearance of a new mole or changes in an existing one are the most common signs of skin ......

Individuals With Fewer Moles on Their Skin May Be at Higher Risk for Melanoma
Patients with fewer than 50 moles tended to have thicker, more aggressive melanoma than those who .....

Moles Linked to an Increased Risk of Breast Cancer
Two recent studies have found that Cutaneous nevi, commonly known as moles, may be a novel ......