'Once Bitten, Twice Shy': Scientists Want to Find Out How It Works 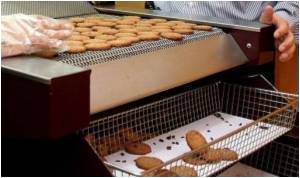 Scientists are working to answer the question regarding avoidance behavior and how it works. For example, the first time you burn your fingers by touching a hot stove you get the lesson to avoid doing it in the future. And now boffins intend to find out what exactly goes on in the brain that triggers such avoidance behaviour in a study on fruit flies.

Scientists at the Max Planck Institute of Neurobiology observed that these tiny flies can learn to associate a particular odour with a mild electrical shock.

A new study has found that living in poverty can shape the neurobiology of a developing child in powerful ways , affecting children's behavior, health and how well they do later in life.
Advertisement

Once they learned this association, they steer clear of the source of that particular odour in future.


And now the researchers have succeeded in identifying three nerve cells that play a role in the formation of this complex association.

By altering the surrounding temperature, they could selectively switch certain cells on and off while the insects moved about freely and learned.

The reason why people who stay in education longer have a lower risk of developing dementia has been discovered by a team of researchers from the UK and Finland.
Advertisement
The scientists already knew that the connection between an odor and an electric shock occurs inside the mushroom-body - a structure in the brain of the fly that consists of some 2000 nerve cells.

It is also clear that the neurotransmitter dopamine enables the flies to learn to associate a potential source of danger with a certain odour.

However, until now, it was unclear as to which of the dopaminergic cells are actually responsible for this.

"The problem was that we had to determine which of the nerve cells release dopamine while the flies are moving about and learning to avoid the odor", said Tanimoto while recapitulating on the study.

This is precisely what the scientists have now succeeded in doing.

"We can now actually examine the function of individual nerve cells in an active and behaving animal. This opens up new horizons," saidYoshinori Aso.

'Once Bitten, Twice Shy': Scientists Want to Find Out How It Works Personalised Printable Document (PDF)