Older the Mother, Better the Bonding 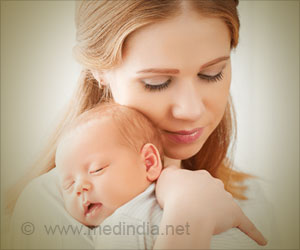 Women are cognitively flexible, broad-minded and are better off emotionally. According to a recent study, women who experienced motherhood later in life were more compassionate mothers than their younger counterparts.

The result should be seen in conjunction with the widespread recommendation not to have children too late. This recommendation is based on knowledge regarding declining fertility, and health risks during pregnancy and child birth, which are associated with advanced maternal age.

Kids Born to Older Mothers Start Off on Better Note

A new study says that children born to older mothers appear to have a healthier start in life as they are less likely to be admitted to hospital and more likely to have vital immunisation shots.
Advertisement
‘Women who are older worry less during pregnancy and are more positive about becoming parents.’
Tweet it Now

"However, when estimating the consequences of the rising maternal age it's important to consider both the physical and psychosocial pros and cons," said researcher Dion Sommer from Aarhus BSS.


Previous research has indicated that a higher maternal age is associated with increased psychosocial well-being during the pregnancy and the early days after the child is born.

Children born to older mothers today are more likely to perform better in cognitive ability tests than those born to younger mothers.
Advertisement
The new results indicate that the advantages for the older mothers and their children extend all the way into the children's school age, but decline before age 15.

Why do women postpone motherhood? When today's mothers have children later in life than before, it is due to several reasons: We live longer, women have more educational and career opportunities, and contraception has improved.

Today (2015), the average pregnancy age is an entire 30.9 years. This also means that most Danish children today are born when their mother is over 30 years old, and that the proportion of children whose mother was over 40 years old when they were born has quadrupled compared to 1985.

On the other hand, studies show that older women thrive better during the first part of motherhood. They worry less during the pregnancy, are more positive about becoming parents and generally have a more positive attitude towards their children.

Previous studies that have tracked children up until their school age indicate that children with older mothers regardless of their parents' background, education and finances have a better language and have fewer behavioral, social and emotional problems.

This study tracked children of school age and found that children with older mothers had fewer behavioral, social and emotional problems at age 7 and 11, but not at age 15.

Stable relationships, the reason is that older mothers have more stable relationships, are more educated and have obtained better access to material resources. But it is also interesting to look at the significance of age when these factors are removed from the equation.

In such analyses, age can be interpreted as an indicator of psychological maturity. "We know that people become more mentally flexible with age, are more tolerant of other people and thrive better emotionally themselves. That's why psychological maturity may explain why older mothers do not scold and physically discipline their children as much," noted Sommer.

"This style of parenting can thereby contribute to a positive psychosocial environment which affects the children's upbringing," he concluded. The study appears in European Journal of Developmental Psychology.

Complications in pregnancies for older women can be reduced when right kind of medical care and facilities is available.
Advertisement