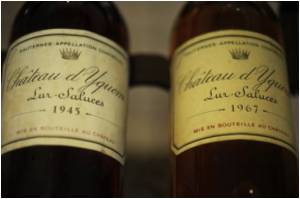 The older, the better their value, with most things in the world, states a new study.

"The length of time something has been established seems to serve as a cue to its goodness. The longer a policy, medical practice, painting, tree or consumer good was said to exist, the more favourably it was evaluated," the researchers wrote.

A new survey says that young Britons crave for traditional values, like eating at a family dining table, playing board games together and saying please and thank you.
Advertisement

When asked to choose between four techniques of acupuncture that differed only by the length of time the practice was in use, the participants chose the one that had been in practice the longest.


In another study, when asked to evaluate a painting, participants chose the one they believed to be older.

One alternative explanation remained, the researchers wrote, "People may infer from time in existence that others evaluate the object or practice positively."

A modern Japanese leader should ideally be an epitome of ancient values such as - capacity to march 100 kilometres in 24 hours, fight using the way of the sword and serve tea with grace.
Advertisement
For the last study, the researchers asked participants to choose between two chocolates, and once again, they chose the item they were told had been on the market longer. The reasons given were taste, texture and sweetness, and smell but no one indicated time on the market.

"The only reason affected by our manipulation was taste; participants thought it was more important to their evaluation the longer the chocolate was on the market," the researchers wrote.

"These findings speak to the lure of tradition. From products to politicians, companies to cultures, assumptions of goodness from time in existence abound.

"Longevity may also add another hurdle to overcome on the road toward social change. Overcoming the status quo is tricky, but overcoming a time-honored tradition is substantially more difficult."

The study is published in the Journal of Experimental Social Psychology.

Ahead of World Cup, Antique Beadwork Revived in S.Africa

Traditional crafts are sure to be revived by the upcoming World Cup of soccer in South Africa.
Advertisement
Advertisement
This site uses cookies to deliver our services.By using our site, you acknowledge that you have read and understand our Cookie Policy, Privacy Policy, and our Terms of Use  Ok, Got it. Close
×